The Monaco Grand Prix is well-known as Formula One’s most prestigious and glamourous race, with sportscars, yachts, and celebrities filling the ambience of the event. So when organizers chose the Hard Rock Stadium in Miami Gardens, a landlocked venue about 15 miles from Miami’s beautiful beach, as the site for the inaugural Formula One Miami Grand Prix, promoters had to switch gears to create a luxurious event akin to its European counterpart.

Located between turns 4 and 6, Mia Marina was a 25,000-square-foot dry dock created with a vinyl material that looked like turquoise water with a ripple design to make it appear like the boats were floating. The 10 moored yachts and adjacent “yacht club” with sand were real. For a minimum of $9,500, fans could dine on the “waterfront,” and there were covered areas nearby for relaxing, as well. 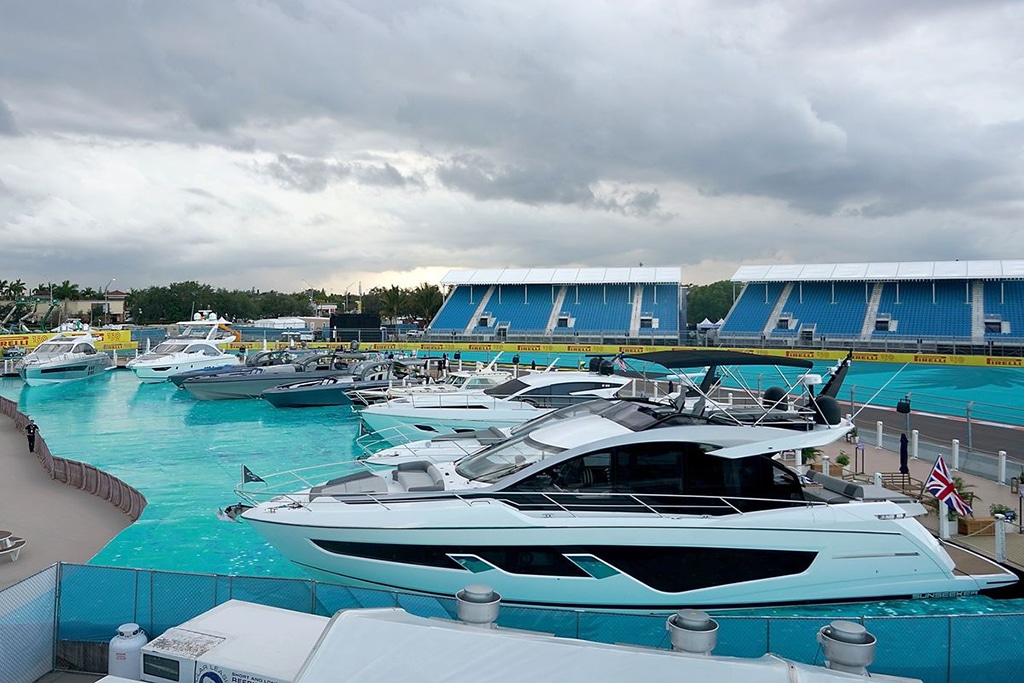 The fake marina was nowhere off the beaten path…or track. It became a popular spot for selfies and videos for social media. Celebrity appearances added to the fun.