A crewmember on watch underway helps a boat stay safe. Now, new artificial intelligence can assist the watchperson via the OSCAR Sentry system, which won the NMMA’s 2021 IBEX Innovation Award for Safety Equipment.

OSCAR (Optical System for Cognition and Ranging) is a combination of RGB and thermal cameras with artificial intelligence, affixed atop the mast or bridge, and tied into a boat’s MFD. To paraphrase from the 1984 movie The Terminator: “OSCAR is out there. It doesn’t get tired, and it doesn’t feel pity or remorse or fear. And it absolutely will not stop. Ever.”

The BSB Group, creator of the OSCAR artificial intelligence system with offices in Austria, France, and Portugal, was founded in 2017 by automotive developer and bluewater sailor Raphael Biancale. “I believe safety and comfort comes first for (customers),” says Biancale. “We use the latest and best sensors and processors available on the market (such as Nvidia processors and FLIR thermal cameras).”

OSCAR identifies non-signaled small craft, debris, shipping containers, and other floating objects. If an obstacle is detected, OSCAR sends out audio and visual alerts immediately to the crew. The company’s YouTube channel offers a detailed look into OSCAR’s features and benefits. Using OSCAR for collision avoidance via autopilot is the next phase of development but is currently only being tested.

“Since we have been sailing, we have had two serious alerts thanks to this system, thus avoiding a possible collision,” the owner said. “The first time was off the Frioul Islands, in the middle of the day. We were returning from Corsica and were a bit tired from the night watch. The alarm sounded while we were preparing lunch. After observation, we did not see anything on our route. It was only when the alarm sounded again that we realized that a sailboat without AIS was right in line with the Solent stay, hidden by it. We deviated our course, the sailboat continued on its own, and we saw no one at the helm.

“The second time, we were under engine, at night, with a full head wind,” the owner continued. “In the distance, we saw a shadow. OSCAR sounded the alarm and with more attention, we saw a small sailboat without AIS and without a navigation light, tacking upwind in the strait. We were able to move away immediately.”

One of the earliest adopters of OSCAR is the 11th Hour Racing Team, who competes in the IMOCA class in two 60-foot carbon-fiber race boats. Justin Shaffer, special projects manager for the team, brought OSCAR to 11th Hour two years ago.

“Collision avoidance has been relevant to good mariners forever,” says Shaffer, preparing for 11th Hour’s entry in The Ocean Race 2022-23. “OSCAR looks forward and tries to identify everything, asking what doesn’t look like the ocean. All of this contributes to your situational awareness.

“On 11th Hour, we are sailing so fast and the movements are so violent that we run the boat by autopilot inside the vessel,” Shaffer adds. “OSCAR itself isn’t enough at the start of a race when we have a person outside watching the other boats. But in long races, OSCAR is always on watch trying to see what is out there because running into what is out there can be catastrophic.” 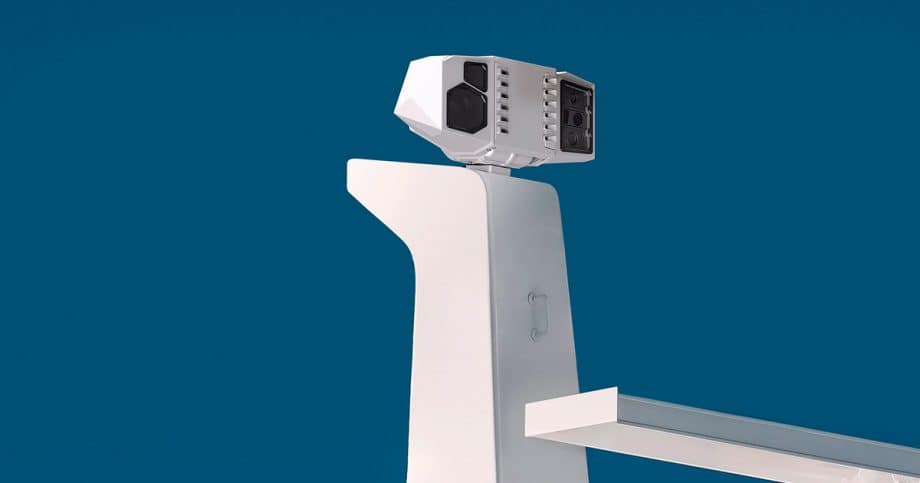 ⊲ Perimeter Surveillance: The system covers either a 360-degree field or a selected sector, automatically warning of any approaching objects, including small dinghies.

⊲ Object Tracking: OSCAR provides continuous tracking by keeping the object in the center of the stream.

⊲ Selected Observation: OSCAR Sentry can be directed manually and comes with 16x electronic zoom for RGB and thermal view. Sensitive to temperature differences as small 0.09 degrees Fahrenheit, OSCAR is based on machine learning experience from millions of recognized marine objects.

In addition, OSCAR fills in the blind spot of radar devices and AIS. The system can also support search efforts during person overboard emergencies.

“Companies like Google and Facebook, as well as the military, have invested heavily in this category ahead of OSCAR,” Shaffer says. “It’s a really nice moment for businesses addressing this market to exist. … It’s important for our safety as mariners to support efforts like this.” oscar-navigation.com