Maritimo Reveals its Latest and Largest

The Scania Di16 1,150-mhp engines are the standard propulsion units that transfer power to the water via an ultra-efficient, shallow, straight shaft angle to the 5-blade Nibral propellers. The M75’s low-angle, straight shaft drives also reduce overall draft to a very versatile 4 feet, 11 inches, which opens an array of anchorage possibilities in any region. The 2,510-gallon standard fuel capacity combined with Maritimo’s esteemed economical cruising efficiency will ensure owners can reach a wide range of secluded destinations with minimal stops.

Maritimo has continually evolved and refined the flybridge motor yacht concept with close collaboration between its in-house Australian design team and its growing family of Maritimo owners around the world.

Of all the Maritimo flagships that have preceded it, none have had the level of customer input or degree of design development as the M75 Flybridge Motor Yacht. Director of Design Tom Barry-Cotter said the all-new M75 has stemmed from the most in-depth design and development process ever undertaken in Maritimo’s history.

The global debut of the iconic new flagship marks the seventh launch or reveal for Maritimo in 2021, as the renowned long-range motor yacht brand sees unprecedented demand with several orders for the M75 already in its production pipeline. 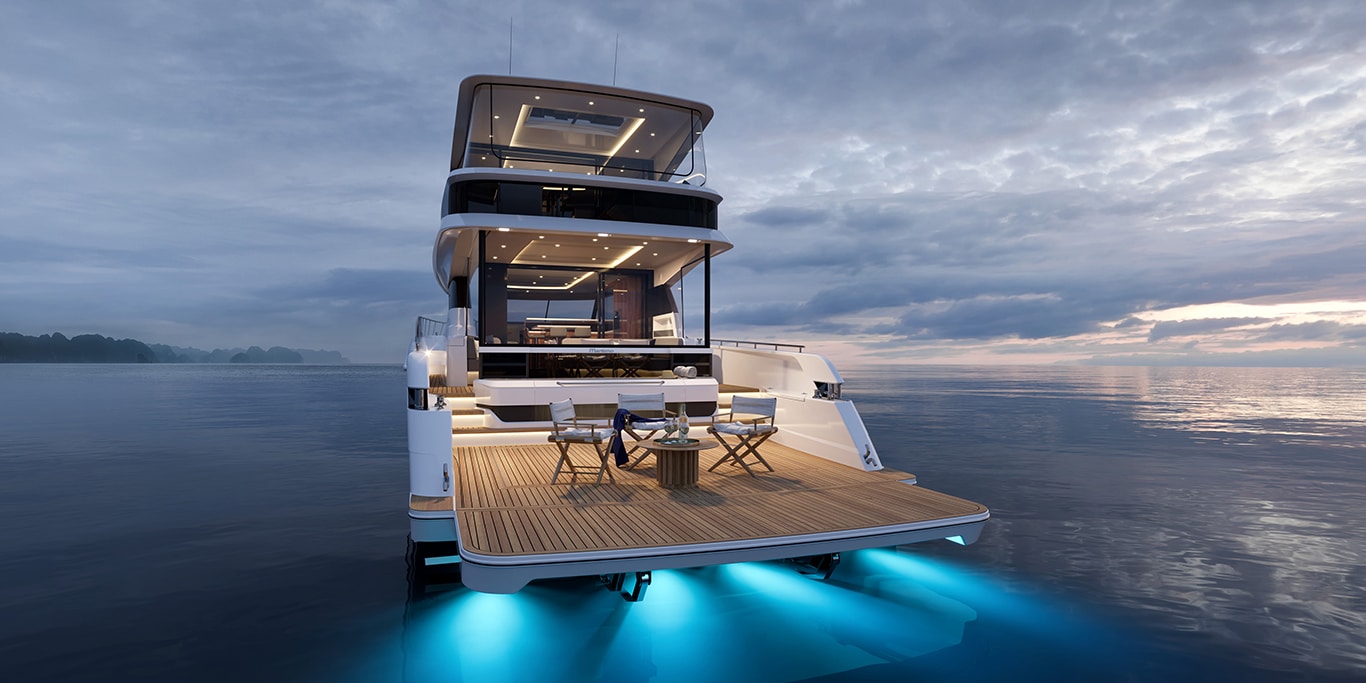 “Step aboard, and the first impression the M75 emanates is certainly that of unsurpassed amounts of deck space,” said Barry-Cotter. “The M75 adventure deck creates an incredibly versatile hub for lounging, cooking, adventuring or storage, with plenty of room to spare.

“Three steps up from the adventure deck is the gigantic upper cockpit deck, where the deck space spreads outward to the outer bulwarks, maximizing available deck space, thanks to the on-deck storage lockers being located aft on the lower adventure deck.” 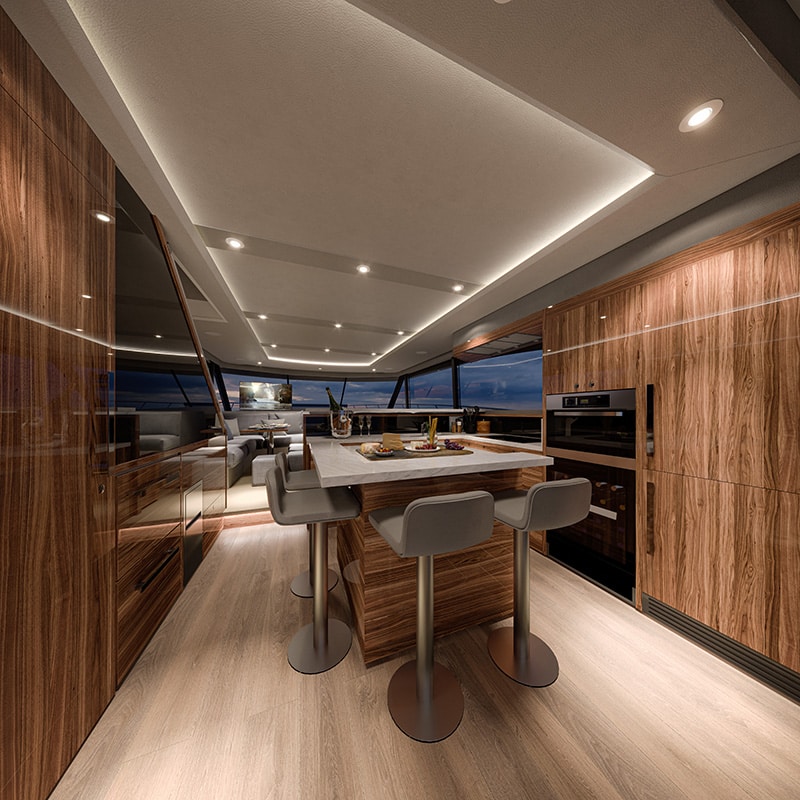 The aft galley serves both indoor and outdoor dining areas and socially connects those preparing the meal with those who are dining. The furniture is designed in modules so owners can arrange the cockpit in a variety of alignments to comfortably seat eight guests or more.

The fully enclosed flybridge and skylounge have an internal staircase and a pair of distinct internal lounging areas, which can conveniently convert to additional sleeping berths if necessary. 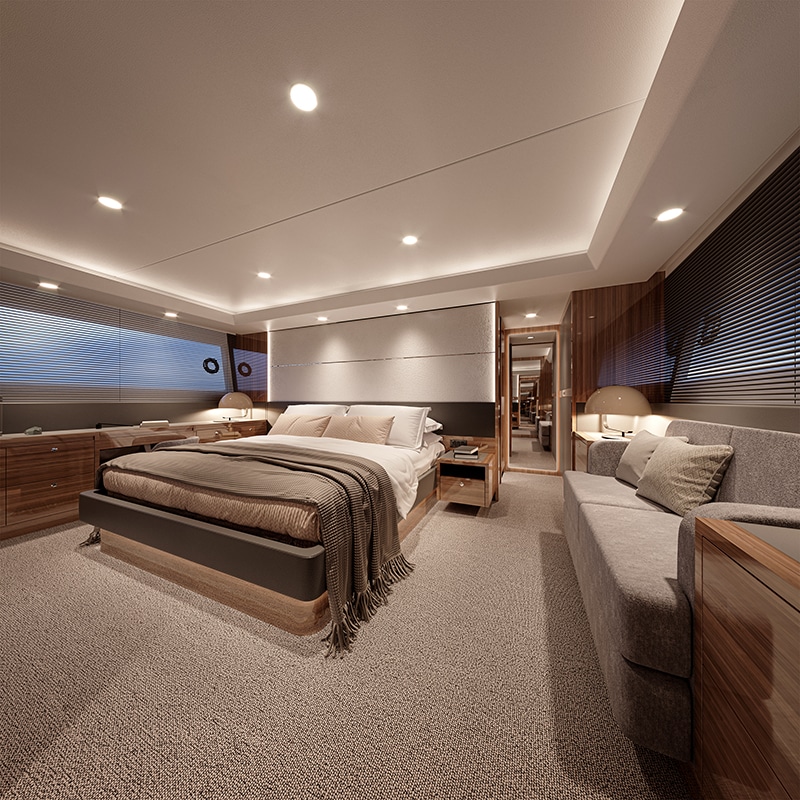 The tender garage can house a 10-foot, 3-inch tender when optioned with a 770-pound rear davit, and there’s plenty of storage everywhere.

The M75 Flybridge Motor Yacht is slated for its official launch late 2022, but get in line, it’s going to be a desired beauty. maritimoamericas.com

The Passing of a Legend - Robert T. Healey Sr.

Power in the Future AQUA superPower develops a network of…

What’s Driving the Stock Market? 10 Things You Can Do…

Fake Marina steals the show at the Formula 1 Miami…