The Out Islands are incredibly remote

Some found this out the hard way.

Wealthy would-be-festival-goers who were duped by the infamous Fyre Festival—a botched music festival that was planned for a private island paradise in the Exumas—found little sympathy outside their peer group when the Fyre fraud was finally revealed.

Simply put, the thought of 10,000 people flying into Exuma International Airport on an air caravan of Cessna planes over the course of one weekend is laughable. This airport only accommodates an average of 5,000 visitors each month. The waiting area is so small that on a normal busy day, visitors opt to wait across the road at Kermit’s Airport Lounge, a small bar and restaurant with picnic-style outdoor seating and an air-conditioned restaurant interior.

In their misfortune, however, are important lessons to learn about traveling to the Out Islands of The Bahamas. With a little insider’s knowledge about the Out Islands, travelers will know what to expect.

The term “Out Islands” refers to the group of islands in The Bahamas located outside of the largest cities: Nassau on New Providence and Freeport on Grand Bahama, known as the second city. The Out Islands are more remote, less developed and less densely populated. Bahamians refer to the Out Islands as the Family Islands, which is based on the premise that while the center of politics and government is in Nassau, The Bahamas is a family of islands.

The Exumas, a small archipelago known for its plethora of islands and secluded beaches, turquoise sandbanks and aquamarine seas, is the most popular Out Island in terms of
tourist arrivals. Some 60,000 visitors travel to its shores by air and sea annually. They enjoy marine attractions, such as underwater caves, shark encounters and floating beaches that emerge at low tide as sandbars suspended in the middle of the sea. 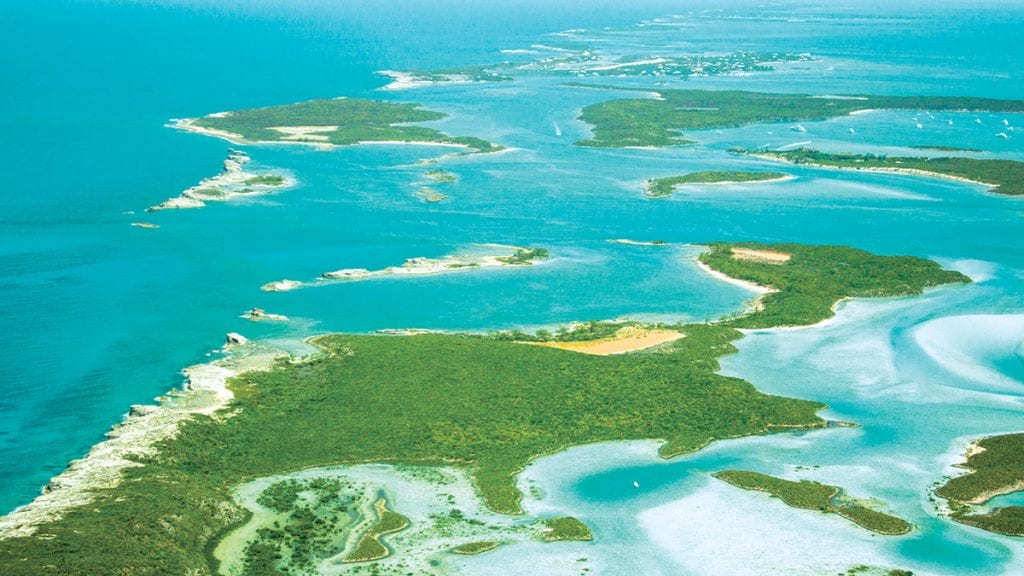 Boaters Love the Out Islands

For most boaters, the primary appeal of The Bahamas is the Out Islands. The ten major seaports in the Out Islands welcomed over 91,000 visitors in 2018. This compares to just
12,635 sea arrivals in Nassau for the same year. Bimini and the Abacos are the top two Out Islands in terms of visitor arrivals by sea: Bimini, unsurprisingly, as it is the closest
Bahamian island to the U.S. with a convenient first port of entry. The Abacos, of course,  is considered the boating capital of The Bahamas.

The Abacos has a number of barrier islands that protect mainland Great Abaco from the ferocious Atlantic. The protected marine highway between the barrier islands and Great Abaco, the Sea of Abaco, is a central hub for boating. Virtually every exit survey in The Bahamas, sites visiting beaches as the number one activity. Abaco is no exception; however, fishing and island-hopping are two dominant activities also enjoyed by boaters in the Abacos, where there are vibrant boating communities on Treasure Cay, Marsh Harbour, Green Turtle Cay, and other neighboring islands.

You’re not in the city

You’ll know when you’ve reached a settlement because virgin land gives way to roadside communities. Compare to Nassau’s primetime, bumper-to-bumper traffic. Without GPS, you are likely to get lost in Nassau. Nassau has a distinct city character. The Out Islands are remote enclaves where you can retreat from crowds, busyness, city lights, and noise.

Nassau has an international airport with amenities travelers expect: restaurants, bars, private lounges, shopping, and other creature comforts. Airports in the Out Islands, even the international ones, are little dives. But they are clean, safe and their technical aviation systems are top notch. However, consumer infrastructure is very limited. If you are delayed in an Out Island airport, it is likely to be frustrating because the facilities are not designed for comfort.

Most of the Out Islands are not a single island

The Bahamas is one nation, but it is a country with 700 islands and more than 2,000 rocks and cays.  The sheer number of islands is overwhelming. That’s why only 16 main islands, including Andros, Cat Island, Long Island, and Inagua, are marketed as tourist destinations. The 16 islands are main population centers with infrastructure like airports and seaports.

While the island names and groupings create simplicity, it’s important to remember that there is always more than what meets the eye. Eleuthera, for example, is one island. However, it also refers to a trio of islands including Harbour Island and Spanish Wells. The water taxi between the Three Islands Ferry Dock in North Eleuthera and Harbour Island takes only 10 minutes; however, the run from Valentine’s Marina in Harbour Island to Cape Santa Maria Marina in South Eleuthera is more than 100 miles on the ocean side and 80 miles on the banks.

Exuma (singular) usually refers to mainland Great Exuma, the largest island in the Exuma chain, but the Exumas (plural), more correctly identifies the 365 islands located in the chain. Some of them are private islands with private airstrips and many are uninhabited. All of them are comparatively rural and have light-touch development. They are charming because of their safe, close-knit communities with people living a more independent, carefree lifestyle than in the capital.

Almost all of the Out Islands, even when their names suggest one island, are themselves a cluster of islands, including Bimini, the Berry Islands, Andros, Inagua, and Acklins and Crooked Island.

Spring Shoaling and Other Changes