Anytime you’re on the boat, pay attention to your surroundings to avoid unfortunate fishing fails.

“Did I do that?” Fans of the early ’90s television sitcom Family Matters might remember this as the catchphrase of Steve Urkel, a fictional character around whom things often went awry.

It’s a phrase repeated to this very day and usually recognized as a tension-breaking mea culpa when one’s actions have unintentionally led to an unfavorable outcome. Mistakes, of course, are bound to happen, both on dry land and aboard boats. Add an activity like fishing to the day’s itinerary, and the odds generally compound for something to run amiss. Here’s how to avoid some fishing fails.

Some fishing fails can be funny and relatively harmless while others have serious consequences. Most fall somewhere in the middle. The vast majority are probably avoidable when taking proper precautions, especially those that occur on fishing trips.
I hate “dumb mistakes” the most. These are the ones that arise from carelessness, laziness, arrogance, or inconsideration. Virtually all are preventable.

Consider an afternoon fishing trip with my brother Bob some 30-plus years ago. It’s a somewhat humorous anecdote now, but it could have been tragic when it occurred. Bob was puttering around the back of my 20-foot center console as we headed for home following a successful day tempting summer flounder just outside of New York’s Fire Island Inlet. With the wind pushing against an outgoing tide, the seas were beginning to build as we returned to the inlet.

“Find a seat,” I shouted over the engine as I chose our course. “It’s a little bumpy.” Bob sat down on the starboard transom. “Find a real seat!” I hollered, “or you’ll end up in the drink!” Turning forward to face the rips, I pointed the bow into the sloppy chop and pushed the throttle ahead. At one point, we took a pretty good pounding, and I turned back to laugh at my brother whom I expected to be quite wet. He wasn’t there!

Bob had given a head-fake like he was going to move, but never actually shifted over to the cushioned cooler behind my leaning post. Scanning the horizon, I could see his
head bobbing up and down at the inlet mouth 100 yards aft. Lucky for him, there were no other boats trying to make time in my wake.

Never did the words “I told you so” roll so sweetly off my lips as they did when I extended the boat hook after circling back to catch him just shy of the open Atlantic. My brother had been both headstrong and lazy. He knew better than to sit on the transom but did it anyway.

It was a dumb move, but in retrospect, there was plenty of blame to go around.
As skipper, I should have checked to make sure he had followed my orders. I also could have headed back a little earlier in the tide to beat the swelling rips. Bob may have ignored my warning, but I shouldered the blame as well.

Most boating anglers are more than willing to heed advice from their captain. Most are also well versed in fishing and boating etiquette and do a great job at keeping things smart and sane on the water. Still, there are dozens, if not hundreds, of possibilities for fishing fails at sea.

Hooks are for the fish

Allowing hooks and sinkers to dangle from the end of a fishing rod while under power is one mistake anglers make far more often than common sense should dictate. Anglers
usually know how to suspend their hooks from rod guides or wrap the sinker around the reel to keep the line secure when a fishing pole is in a rod holder. Still, every year, anglers are snagged or bashed by unsecured hooks, lures, and sinkers. 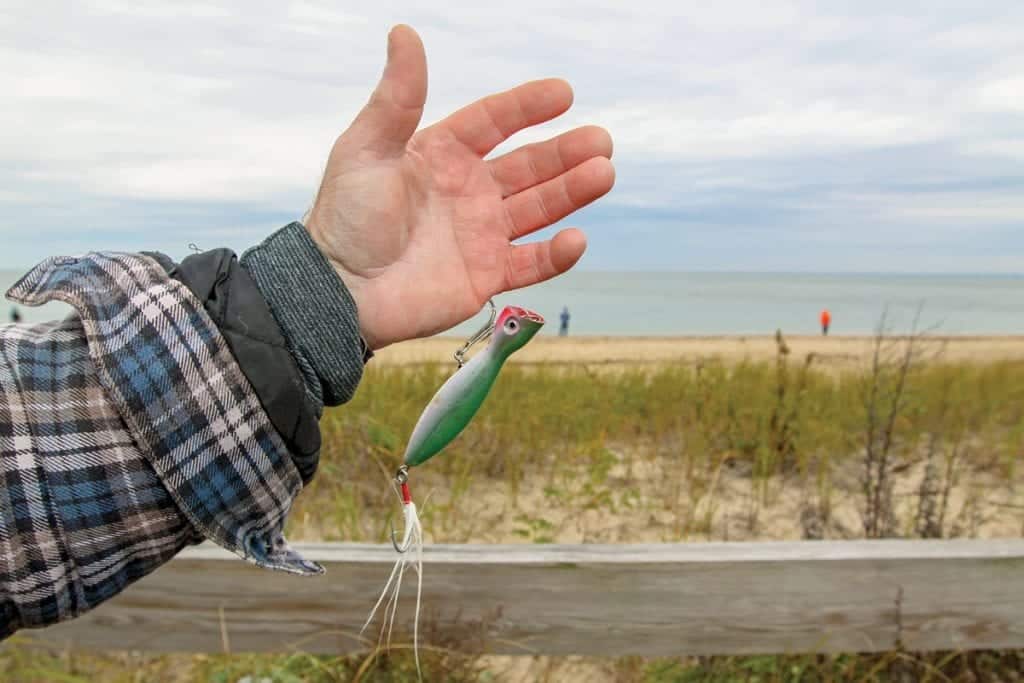 One acquaintance took this slip-up to new levels when an unanticipated wake from a passing boat caused him to stumble into a free-swinging umbrella rig. He was exceptionally fortunate to have only two hooks embedded in his arms; both extracted without a trip to the hospital. On the bright side, the line held tight and probably saved him from toppling over the side. Like knives and other sharp, pointy instruments,
unattended hooks and weights should never dangle anywhere.

While this is especially true for boats under power, it also applies to vessels on the drift, at anchor or even at the dock. Any rod to be left unattended, even for a minute or two, should have its terminal end secured. Don’t make your fishing fail cost you.

“A lot of the dumb things anglers do are set in motion before they ever leave the dock,” says Capt. Clay Hughes of Sea Tow International’s Ocean Isle, North Carolina, franchise.
A surprising number, Hughes explains, head to prime fishing waters without checking if their batteries are sufficiently charged. “In some instances, they’ll head offshore and out of cell phone range before turning off their engines to anchor or drift. When the engines fail to restart, they have no way to let anyone know their location or predicament.”

Some also fail to leave a float plan with a responsible person so the Coast Guard and search teams will have an idea of where to start looking when they don’t return in a
reasonable amount of time, adds Hughes. “In that same theme, be sure to let someone know if you deviate from your plans,” he says. “To not do so is foolhardy, but it isn’t an
unusual occurrence.”

Hughes also suggests that anglers take some time to learn how to fully use their electronics. “You’d be surprised how many times fishermen give us the coordinates of where they were headed instead of where they have broken down.”

A lapse of judgment

There are, of course, plenty of other fishing fails and miscues made. Fish blood, slime and discarded bait on deck is a recipe for slips, falls and broken bones. Temporarily placing hooks, lures and fillet knives on surfaces where they might roll or fall off onto the floor doesn’t go well with flip flops or bare feet. Holding a fish out of the water to take a dozen or more photographs before releasing it half-dead back into the sea, and failing to check fuel and oil levels before casting off all come quickly to mind.

So does rushing to get to the bite after a late start. If you pack the night before, get a good night’s sleep and arrive at the marina on time, you’ll generally be off to a great start. To be honest, I’ve been guilty on all counts above at some point in my angling career, but I have taken each lesson to heart.

Finally, it’s important to draw attention to a few stats that apply to all boaters, not just anglers. Approximately 1,000 people die in boating accidents every year. Nine out of ten drown—about half involve alcohol. 50 percent of men who drown are found unzipped flies. Think there’s a correlation?

If your vessel has a head, use it. If it doesn’t, take a seat and use a plastic container with a replaceable screw-on cap. Leaning over the side places you in a vulnerable position, especially considering you’ll have one free hand at best with which to grasp onto the boat if a rogue wave smacks the side.

As for alcohol, it’s probably best to wait until you return to the dock where everyone can more safely toast the day’s success. Just be sure to designate a driver for the car ride home because fishing boats aren’t the only places where unfortunate things can happen.

Tales of Treasure Ships (and a Giant Emerald)

Grill Safety for the Long Weekend