Solid-state drive (SSD) technology has made electronics faster, from smartphones to marine electronics. SSDs boot up almost instantly and have a minimal load period because they don’t have to “find” data like on a hard drive.

Now, solid-state radar is finding its way onto boats where magnetron radar has long dominated. Solid-state radar offers a much clearer picture while using less power and emitting much less harmful radiation. It offers excellent resolution at both long and very
short ranges.

“Traditional magnetron radars always offered excellent mid- to long-range capability but were challenged to detect and track targets in very close proximity to the boat,” says Jim McGowan, Raymarine’s marketing manager. “Much of that was related to the physics of microwave energy and limitations as to just how quickly the electronics in a radar can cycle between transmitting a pulse and receiving an echo. We are dealing with signals that travel at the speed of light, so everything involved needs to function very quickly. Solid-state radars are much more adept at adapting to scanning at short ranges.”

Solid-state radars generally transmit with much lower levels of power than magnetron radars. Though the risks from exposure to radar energy from recreational marine radars are low, the amount of radiation emitted by a solid-state radar product is still several orders of magnitude less than older-generation magnetron products. This brings peace of mind to boaters and passengers on smaller boats where there might not be much physical separation between the radar scanner and those on board. 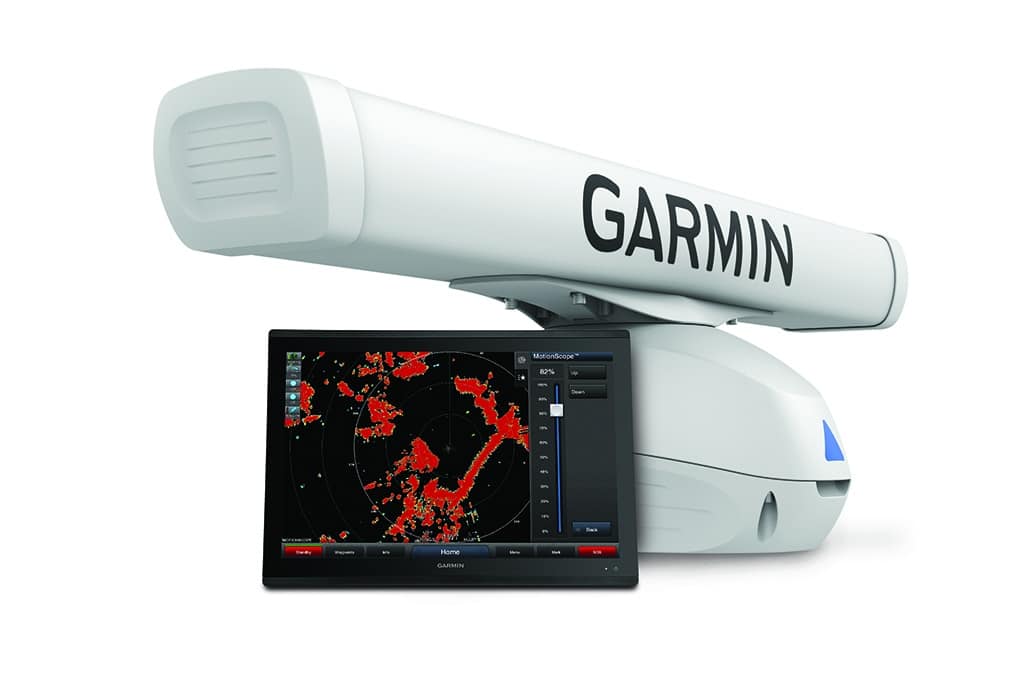 “Radar is one of the most intimidating tools new boaters will encounter,” says Dave Dunn, Garmin’s senior director of marine sales. “It takes time to understand what you are looking at and even longer to master all the features and functions. With solid-state features like Garmin’s Motionscope, any novice user can look at the MFD and know if there is an immediate threat. There will still be a learning curve with solid-state radars but with features like Motionscope, the time is drastically reduced.”

Another factor is cost. Stepping up to new technology usually means more dollars. While radar pricing has more to do with features and power, such as detection and range, older magnetron radar prices are currently less. That’s because they are unable to compete with modern solid-state radars on the same feature level.

“It varies depending on the size of the antenna and the power output, but solid-state ranges from eight hundred dollars to two thousand dollars more than a magnetron radar,” says Jeff Kauzlaric, advertising and communications manager for Furuno USA. “Furuno still offers both. If we see more customers migrate to the solid-state radars, then we will lean more toward solid-state. However, we continue to see demand in both the recreational and commercial markets for magnetron radars at this time.”

“Professional market products that need to meet regulatory requirements still largely use traditional magnetron transceivers,” says Laurie Bates, Simrad product director. “But this is also starting to follow what we have seen in the recreational market as more powerful solid-state radars are becoming available. We are focused on delivering class-leading target detection and resolution. This premium level of performance is critical to making our radars easy to use and improving the situational awareness of boaters.”

Here are some solid-state and magnetron radar examples from Furuno, Garmin, Raymarine, and Simrad for a typical 30-foot and 60-foot fishing boat. 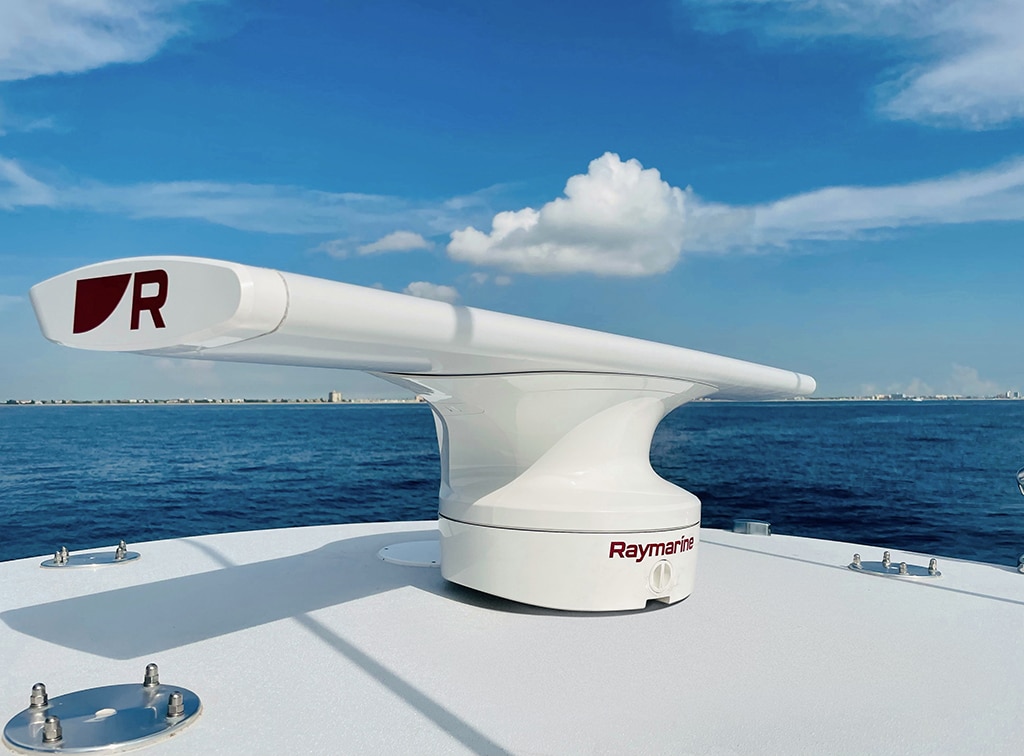 “This is really a golden time for radar technology with so many great options out there for boats of all kinds,” says McGowan. “Magnetron-based systems are at their peak of performance and an exceptional value. You really get a lot for your money. The new solid-state products take performance to entirely new,  higher levels, and they have the capability to keep evolving and become even more capable in the future. You really can’t go wrong either way today.”

The Future of Boat Engines