Hurricane Hole Marina is a protective harbor, and it’s about to become part of a synergistic waterfront community.

Just over 50 years ago, the iconic Paradise Island was largely an undeveloped private island known as Hog Island. The name change was no accident, as it reflected a development vision for the five-mile-long barrier island that encloses the historic Nassau Harbour.

The setting was sublime. White-sand beaches run along the entire north shore of the island, the southern, harbor-facing side has a long-standing reputation as a boater’s haven and the island’s proximity to the mainland is so close that it was easy to envision bridges connecting the island to the capital, Nassau.

How We Got Here

Bit by bit, developer by developer, the vision of a vacation paradise manifested itself on Paradise Island. Today, the upscale resort and residential community account for a lion’s share of the tourism economy in The Bahamas, in large part due to the success of the oceanside resort Atlantis, Paradise Island.

Homeowners and guests on the island have some 30 restaurants to choose from, an 18-hole, par 72 championship course, one of the largest casinos in the region, along with luxury shopping, nightlife, entertainment, and outdoor adventure.

With all that Paradise Island has going for it, what more could a $300 million investment do that has not been done already? A whole lot, according to the development plans for Hurricane Hole, the legendary marina property that has always been a starring character in the Nassau boating scene.

For the majority of its more than 50-year history, the most prestigious yachts cruising through The Bahamas have clamored for a spot at Hurricane Hole Marina. Before the Atlantis Marina opened in 1996 or the more recent Bay Street Marina, Hurricane Hole was the only transient marina in Nassau Harbour that could accommodate large yachts.

In the next few months, the marina is expected to undergo $12 million in renovations that will increase its dock space from 3,500 to 5,500 linear feet, add concrete floating docks with slips up to 500 feet, create a minimum 12-foot depth throughout the marina, and significantly expand the service offerings with a new fitness center, lounge and laundry for boat owners and their crew. Renovations are planned for completion by fall 2020. 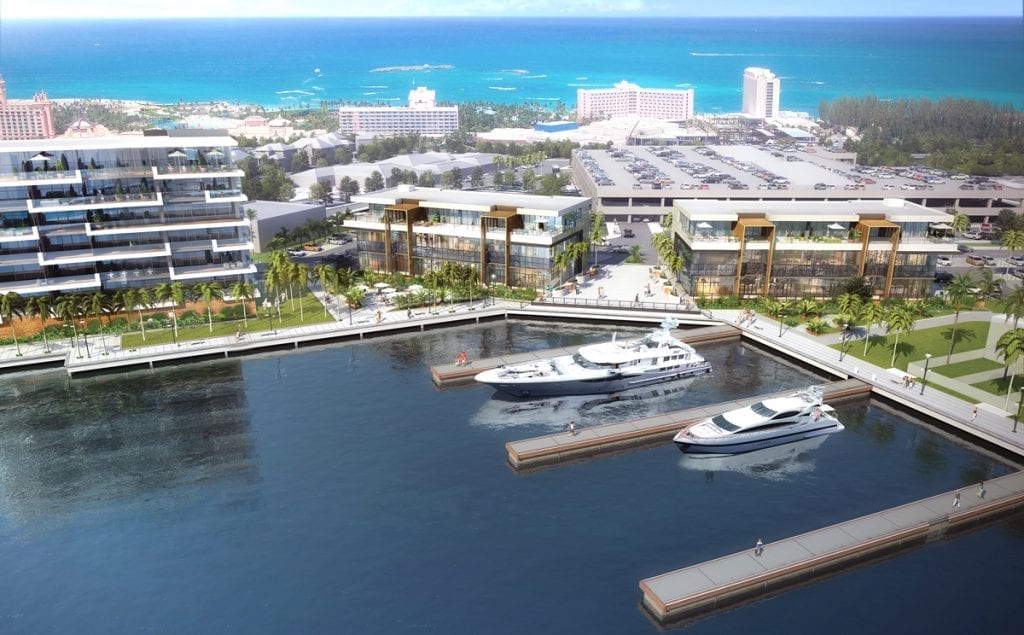 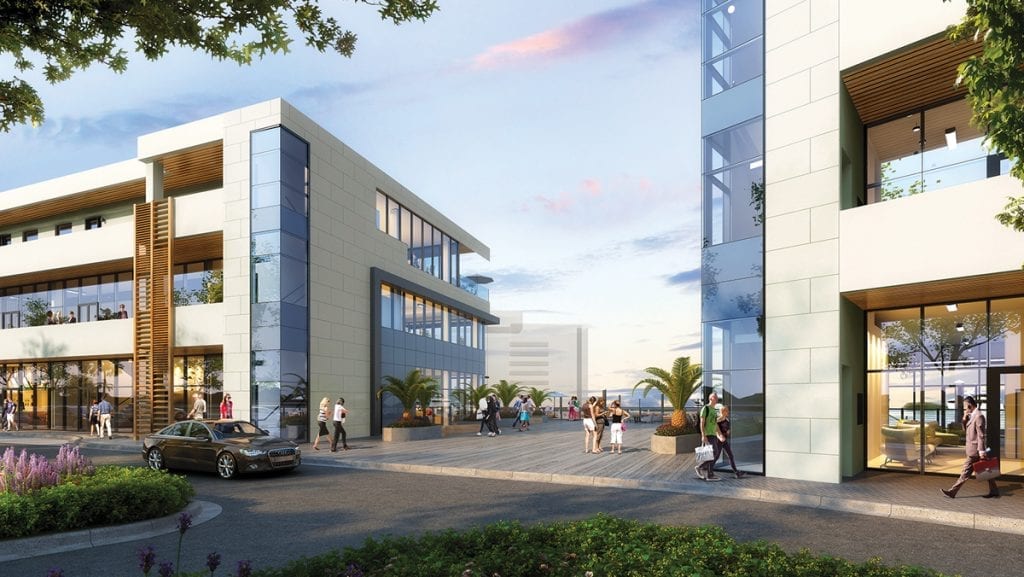 On their own, these long-desired changes are expected to receive a warm welcome from the boating community, but they pale in significance to the broader development plans for the 13-acre property, which is not just about renovating a marina. The developers, Sterling Global Financial, intend to create an entire waterfront living environment unique to Paradise Island and The Bahamas that represents “the ultimate place for boats to visit and for those who love to be around boats to live.” It is planned to flawlessly integrate the convenience and connectivity of city living with the best of yachting life and the supreme quality of island living.

That means a mixed-use development with luxury condominiums, workspaces and waterfront restaurants gazing over a legendary marina. That means urban conveniences not currently available on Paradise Island, including a gourmet grocery store, medical clinic, pharmacy, dry cleaner, liquor, and wine store, and hair and nail salon located on the property and all within easy walking distance. To complete the convergence of the sea, the city and the island ethos, there’s the actual location.

“We have one of the best addresses in the world,” says Khaalis Rolle, senior
executive vice president of Sterling Global Financial. “It is the last great piece of real estate for a mixed-use development on Paradise Island. This will not only be a transformation of Paradise Island but a completion, as we are adding everything that doesn’t currently exist to make it a livable community.”

The property is 13-acres large, which seems small in real terms for downtown, but given the fact that Paradise Island is only five miles long, the notion is certainly plausible. The property will “not have a wall around it,” says Green about the public gathering spaces and pedestrian areas. “It is intended to be synergistic” with the neighboring environs, particularly the Atlantis Marina Village, which is a marina-facing promenade of restaurants, cafes and retail shops with a distinctly Bahamian cultural aesthetic.

The new development broke ground in January, and the residential units for the first condominium complex were released for sale in March. Overall occupancy is expected by early 2021.

Sterling Global is not new to real estate development in The Bahamas. The international financial services company, with nearly $10 billion under its administration and management, financed the Courtyard Marriott resort redevelopment in downtown Nassau and Ocean Terraces on West Bay Street. They are also in the process of developing Beach House Villas, also on Paradise Island, and are considering major Family Island developments on Matt Lowe’s Cay, Abaco and at Sky Beach, Eleuthera.

When the development is complete, Hurricane Hole will be more than its name implies. It will complete the island’s role as a yachting destination and provide a place where yachts, owners, families, and guests can tuck in for a time and enjoy paradise.

By Noelle Nicolls, Southern Boating May 2019

Where to Eat and Drink in Fort Lauderdale