The cornerstone of the Bahamas’ Most Dynamic Port City

Cruising into the Nassau Harbour, you are immediately met with bright, bold, tropical colors painted across the city of Nassau. Everything except the two vehicle bridges connecting New Providence Island to the north and Paradise Island to the south is dwarfed by the mega cruise ships that tower above practically every building in downtown Nassau. Because the islands are so low-lying, the contours of buildings and green vegetation barely separate the sea from the sky across the horizon.

This is the same harbor that gave refuge to pirates and rum runners in the 17th and 18th centuries. It is the same harbor that would receive hundreds of sailboats in a massive sponge fleet bound for the Nassau Sponge Exchange. There, they would drop off boatloads of natural sea sponge from the remote Out Islands to service a booming sponge industry that thrived in the late 1800s through the early 1900s. Nassau Harbour has been a major gateway to usher in many periods of Bahamian history.

Today, Nassau Harbour is still the hub of commercial activity for much of the country. It is a bustling thoroughfare for commerce, recreation, tourism, housing, transport, and public
administration. It features a cruise port, cargo port, restaurant, marinas and docks, residences, and bathing beaches.

Just beyond the entrance to the harbor is the 56-acre Nassau Container Port, a general cargo container port for both domestic and international bulk cargo. On average, about two to three sea vessels dock at the container port daily, captained by a local marine pilot.

The most stunning images of Nassau Harbour feature the world’s largest cruise ships towering over the multicolored city with a backdrop of endless sky. Unique to the Caribbean, the harbor can hold up to six cruise ships at one time, including Royal Caribbean’s Symphony of the Seas, which holds 6,680 passengers and is now the largest cruise ship in the world, dethroning the Oasis of the Seas, which also calls on Nassau.
On any given day, there can be 12 or more ships in and out of the harbor.

The main thing for boaters to know about the presence of mega cruise ships in Nassau Harbour is to give way. Once a cruise ship is entering the port, it is confined to the
narrow cruise channel that’s dredged to 40 feet in order to accommodate its draft. Because maneuverability is so limited, boaters must give cruise ships clearance.

Nassau Harbour is abuzz with commercial traffic from small boats as well. Water taxis ferry thousands of passengers from the Prince George Wharf to the Paradise Island Ferry dock. Cruise ship passengers often use this route to visit Cabbage Beach on the northern side of Paradise Island, and guests at the various Paradise Island resorts use this route to visit downtown Nassau. In addition to ferries, there are dive boats, party boats and other tour operators that regularly cruise up and down the harbor plus the thousands of motor yachts that head to and from the many marinas.

The depth in Nassau Harbour ranges dramatically, so the main hazard is running aground. The area dredged for cruise ships is 40 feet deep, but outside of the cruise channel, the
banks shrink to 10 to 12 feet. Boaters should also take heed of the shallow ridge on the eastern side of the harbor. It runs parallel to shore for about two-tenths of a mile, from the Nassau Yacht Haven to Bay Shore Marina. Depths around the ridge range from about three to six feet depending on the tide. 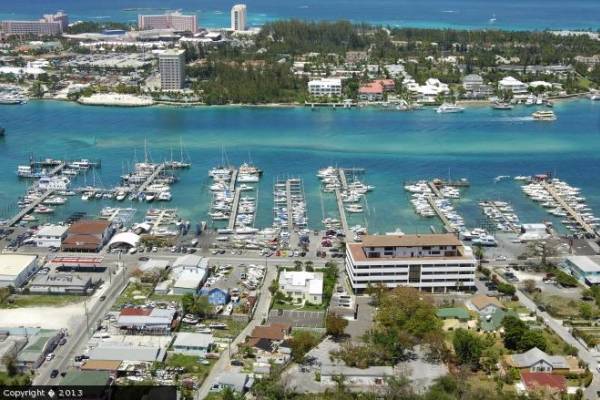 There is a buoy, known as the danger marker, that appears on charts, but the actual marker is not lit. If you follow the charts, you will avoid most of the navigational hazards, but charts won’t tell you about sailboats that often anchor on the eastern side of the harbor in the main channels. Although they have masthead lights, they often blend into the backdrop of city lights at night and become indistinguishable, so exercise caution when navigating at night and be on the lookout for sailboats.

Also, make sure you have on your own navigation lights and be alert for small boats. Although accidents in the harbor are rare, there have been a few resulting from boats cruising with no lights.

Nassau Harbour has over 16 marinas, boatyards and fuel docks accommodating transient and long-term motor yachts. When you combine all the marinas, there are about 500 slips, including the newest megayacht slip to come on stream at Bay Street Marina. They now accommodate 500-foot yachts with a 20-foot draft, a step up from the 200-foot slips at the Atlantis Marina, formerly the largest. These are two of the three high-end, full-service marinas in the harbor, although only Atlantis and Hurricane Hole have their own man-made harbors that provide added protection.

There are five fuel docks, including those located at the Nassau Harbour Club Marina, Rubis Fuel Dock and Brown’s Boat Basin. Harbour Central Marina provides rack storage
but is largely filled with local boats. Mechanic shops are easy to find in the harbor as well.
Harbourside Marine is the Yahama distributor specializing in all Yahama maintenance and repairs. Marlin Marine offers maintenance and repairs as the distributors for Generac Generators, Sea-Doo Personal Watercrafts and Evinrude Outboard Engines. There are also several other smaller operators. 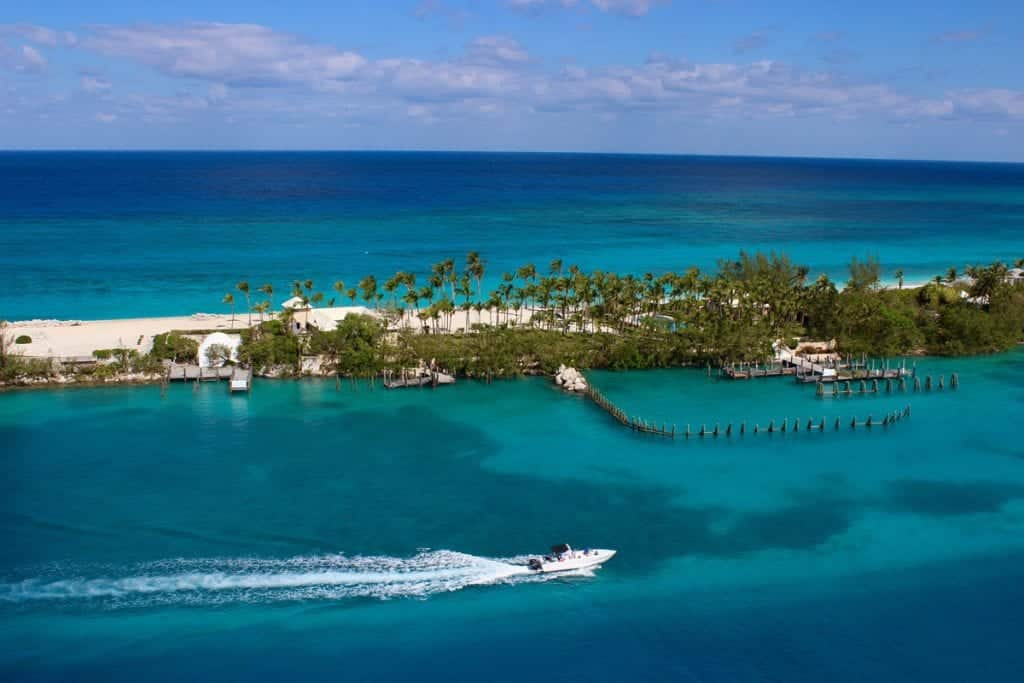 There are four main bathing beaches in the harbor: British Colonial Hotel Beach, Junkanoo Beach, Long Wharf Beach, and Montague Beach. These are not boater’s beaches, and they are not even the best in Nassau or Paradise Island. If you want to take the boat, it’s worth being a harbor snob when it comes to beaches. Take the short run to offshore Rose Island and experience premium beaching.