Marketgauge
4 weeks ago
by Brandon Ferris
0

How to Stay One Step Ahead

It has been a week of negative news on most of these fronts.

Wednesday morning the latest on CPI was released and rose by 1.3% for June. The numbers also indicated that the CPI was up 9.1% year-over-year. Much hotter than was expected and not seen since the early 1980s. Inflation not only continued to rise in June, but the data was much worse than expected.

The increase was broad based as well. Gasoline, shelter, and food all being the largest contributors to the 9.1% rise for the 12 months. The energy index rose 7.5% over the month and contributed nearly half of all items increase with the gasoline index rising 11.2% after a small 4.1% increase in May. Natural Gas rose 8.2% in June, the largest monthly increase since October 2004. The energy index rose 41.6% over the past year while the gasoline index increased a devastating 59.9%, representing the largest 12 month increase in that index since March 1980. Electricity rose 13.7% the largest 12-month increase since the period ending April 2006.

The need for the Fed to get more hawkish immediately hit the market. Many economists were hoping (and expecting) that recent data showing a slowdown would prompt the Federal Reserve to hike at their upcoming meeting by just 50 bp, after this news hit the preponderance of views was that 75 bp was baked in the cake.  Others pointed out that it was time for the Fed to get very aggressive and raise rates by 1.0%.  Unprecedented.

After falling the past few weeks because of a perceived slowdown in the economy, the 10-year began its rise, yet again. Ending the week at about 3.0% and the 2-year note stretching to 3.13%, this inverted yield curve is predicting a recession sometime in the next year. In the past this has been a reliable indicator.

Has inflation subsided and everything is now on better footing?

As we mentioned last week, NOBODY knows. We did see some positive signs over the past few weeks that may imply, even with hot CPI and PPI inflation numbers, we may be seeing the slowdown the Federal Reserve would like to see.

One of the numerous charts we have seen recently include a listing of the change in commodity prices from their highs earlier this year until this past week. This should have a more positive effect on the ongoing inflation narrative IF these are sustainable and we don’t see oil or copper, or lumber turn around and head higher in the near future. See charts below: 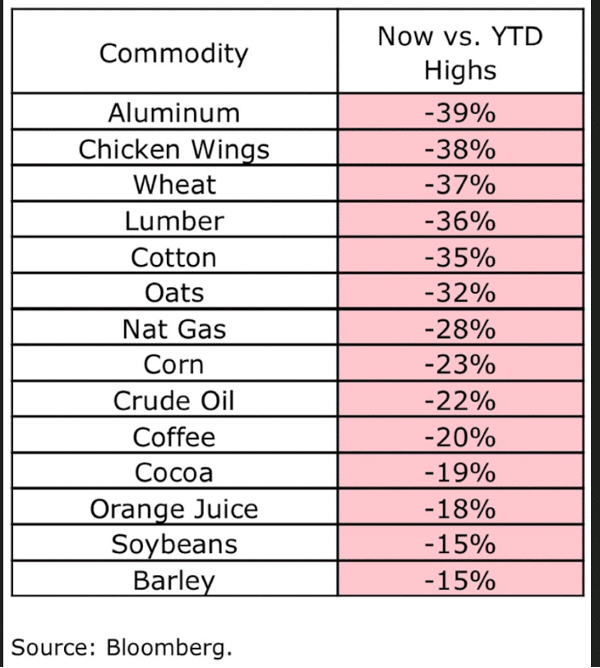 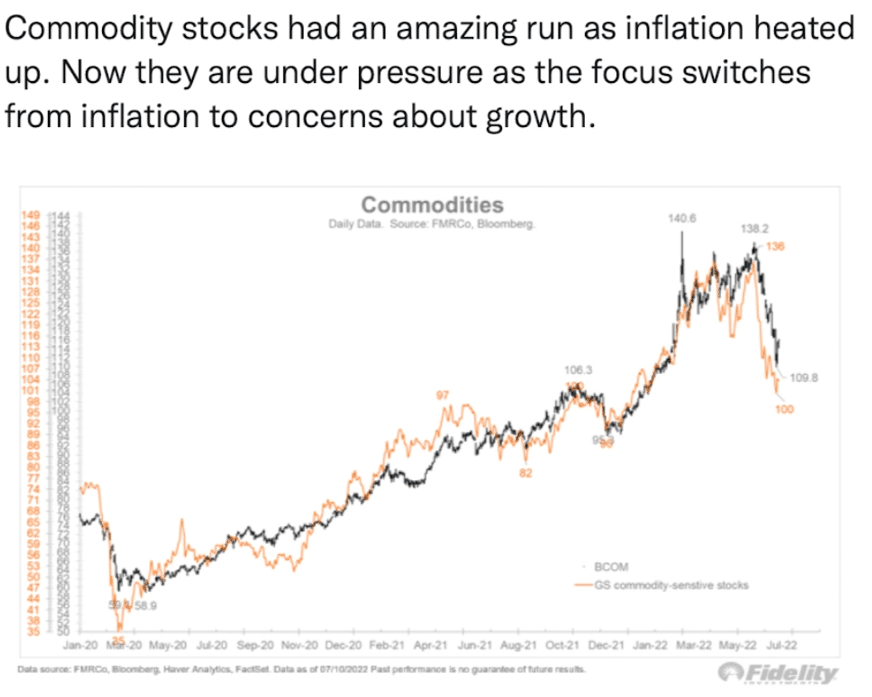 Our own Mish had much to say this past week on a few important appearances. She commented on everything from inflation, earnings, the commodity super cycle we find ourselves in, and other relevant economic indicators. Watch these replays here: 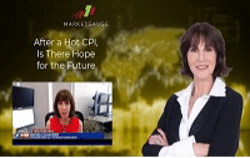 HOW TO STAY ONE STEP AHEAD

Click here to continue reading and find out how to stay one step ahead this fast changing economic and stock and bond market volatility.