Failure of your boat’s tilt and trim feature will affect all phases of boat operation, from trimming your motor for better fuel economy to simply raising it to avoid damage when trailering. Here’s how we go about Troubleshooting Tilt and Trim.

The Joys of Tilt and Trim

Tilt and trim allow you to optimize boat performance by adjusting the angle of the engine, which in turn adjusts the running surface of the boat. The ability to trim your engine improves boat performance under a wide variety of conditions, from smoothing out a rough ride in heavy seas to reducing draft in shallower waters.

While this article is geared toward the tilt and trim system for outboard engines, much of it can also be used when troubleshooting stern drives. There are two main types of tilt and trim systems found aboard recreational boats. Older systems often used an electric tilt motor coupled with a mechanical lifting device (such as a worm gear), and the most common system in use today is the electric/hydraulic power tilt and trim.

Today’s tilt and trim system consists of three primary components: a 12-volt electric motor, a small hydraulic pump, and a reservoir/assembly unit. The electric motor operates the hydraulic pump, which then forces fluid to the cylinders or rams to move
the motor up or down for trimming and trailering.

If your tilt and trim unit fails to operate, the following steps should help you identify the problem, or at least point you in the right direction. As these are just generic tips, you should be able to apply them to most any tilt and trim system.

The first step is determining whether the issue lies with the electric tilt and trim motor or the hydraulic pump/assembly. Here are a few simple checks to isolate the problem. 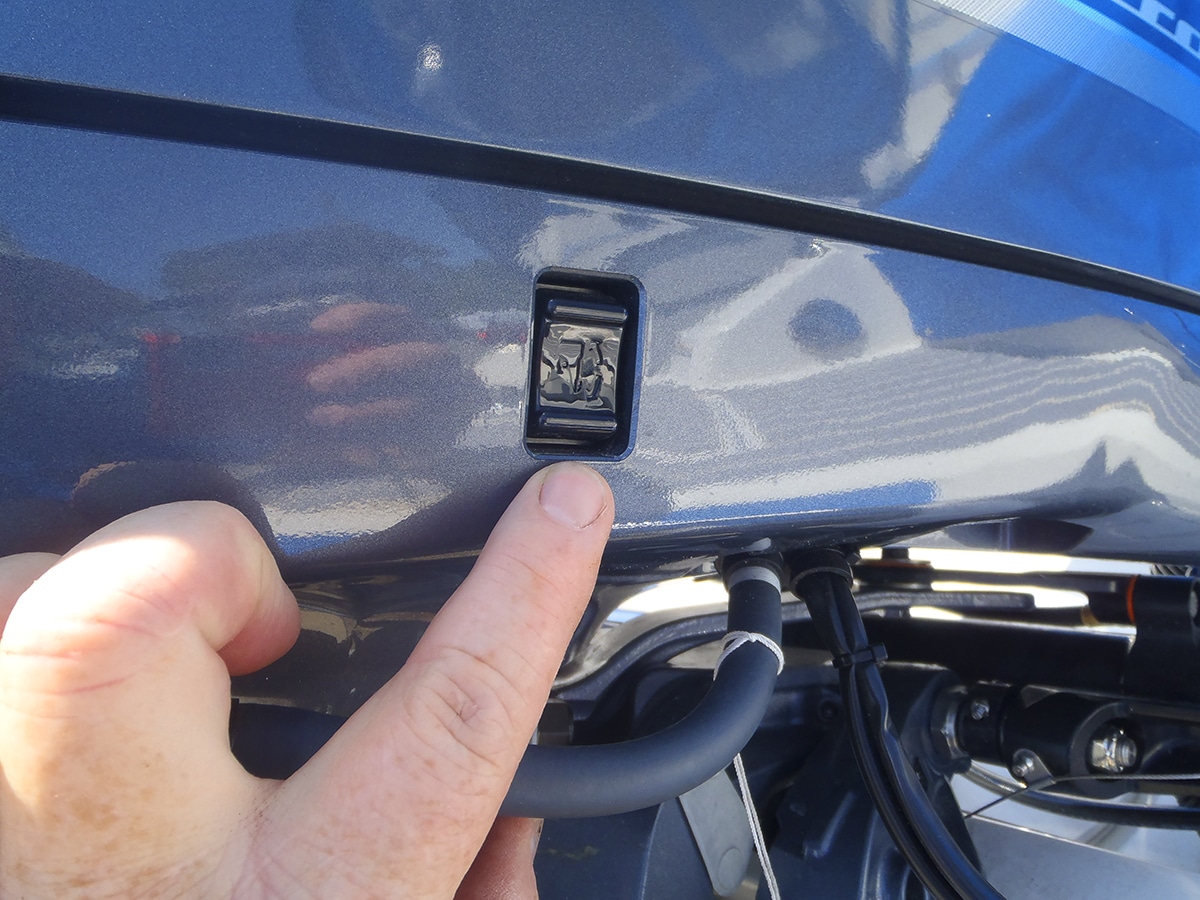 Next, listen for the solenoid/start relay while operating the control (tilt) switch up or down. If you don’t hear anything, the problem will typically be with the tilt switch, solenoid, or with the wires or connections between the two. Depending on the system, a blown fuse is also a possibility, so check any fuses first as part of your initial checks (and always carry spares).

If you hear a slight clicking noise while pressing the tilt switch, it means you have power from the control switch to the solenoid or relay. The next step would be to check operation of the power tilt and trim motor itself.

Troubleshooting tilt and trim systems use a 12-volt DC reversing-type motor, which will have one green wire and one blue power wire. If you’re dealing with an older system, the motor may also have a third black wire, which is used to provide ground to motors that don’t receive it through their case.

Once disconnected, use a jumper wire to apply 12 volts DC directly to the appropriate wire. If the engine is in the down position, energize the blue wire (which should raise it).
If in the raised position, connect the jumper to the green wire to lower it.

If the motor fails to operate with power applied directly to the blue or green wires, the issue lies with the motor, which will likely need replacement. If the motor operates, then the problem is a lack of power to the motor (faulty solenoid or relay, bad connections, broken wires, and the like).

Failed solenoids, relays, and corrosion (at connections, relay sockets, quick-disconnect plugs, etc.) are some of the most common problems associated with tilt and trim
system failure.

If the tilt and trim motor works fine, but the engine won’t raise or lower, slips down when in the raised position, or won’t stay trimmed, chances are the problem is with a leak in the system. It can also indicate a problem with the hydraulic pump or valve body assembly.

Start by checking the hydraulic fluid reservoir level. Hydraulic fluid doesn’t evaporate, so a low fluid level indicates a leak in the system hoses, fittings, or seals. While you’re in there, check the reservoir for the presence of water, which can also cause a lot of issues, even if the system appears to operate normally. 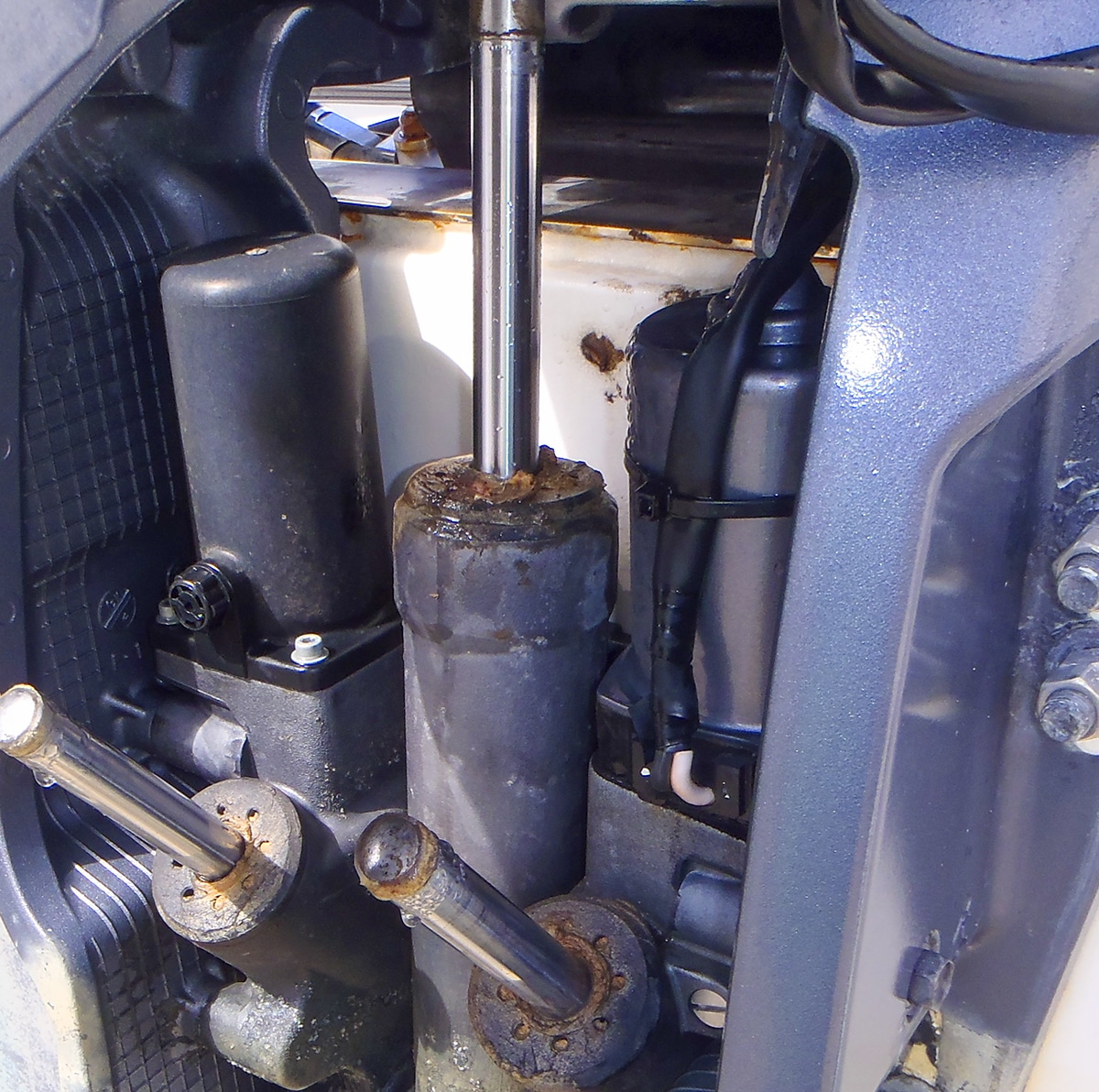 A common place for leaks to occur are the tilt and trim ram seals. Seals can fail for numerous reasons, from dry rot (due to age and UV damage) to corrosion or pitting of the rams, which then damage the seals during operation. UV-damaged seals can simply be replaced, but if the rams are pitted, the only way to really fix the problem is to replace both the seals and rams (as damaged rams will just continue to harm newly installed seals).

At this point, repairs typically involve removal and rebuilding or replacement by a qualified repair facility.