A transportation trifecta took over the Ocean Reef Club in Key Largo, Florida, as a wide array of extraordinary classic cars, yachts, and aircraft were on display for guests to admire at the 26th Annual Vintage Weekend, December 1-4, 2022.

With blue skies above, the festivities began Friday with the classic car road rally over the bridge on Card Sound Road to Alabama Jack’s, an open-air waterfront restaurant, for lunch and a chance to mingle with some old and new friends.

Later, guests met back for cocktails on Buccaneer Island at Ocean Reef Club and were treated to the incredible aerobatic night show. Fighting approximately 20-knot winds, crowd favorite and three-time National Aerobatics Champion Patty Wagstaff defied gravity with her stomach-turning vertical uprights in the sky. Not to be outdone, 82-year-old pilot Gene McNeely (yes, 82!), performed twists and turns in the air with the ease of a gymnast in the Olympics. And for the finale, the Aeroshell Aerobatic Team chased each other through the sky and raced past excited onlookers.

The next morning, the cars again took center stage at the Concours d’Elegance. A 1940 Packard 180 Darrin Convertible earned the Best Classic Award, and a 1937 BMW 328 Roadster won the Best European Sports Car. The 1942 Willys Coupe was awarded Best Hot Rod, and Best of Show went to a 1953 Fiat 8V Supersonic Coupe.

Afterward, attendees headed to the dock to get a closer look at each of the vintage yachts on display. While a few have been updated with some modern touches, every boat upholds the tradition she’s carried over the years since she was built. This year, five yachts received awards: Most Original—Athena, 1968 44-foot Hatteras; Best Restoration—Miramar, 1967 53-foot Huckins Linwood; Spirit of Tradition—Missy, 1953 53-foot Huckins; Trumpy Award—Somerset, 1971 Trumpy; Spectator’s Choice—Cetacea, 1970 133-foot Feadship. 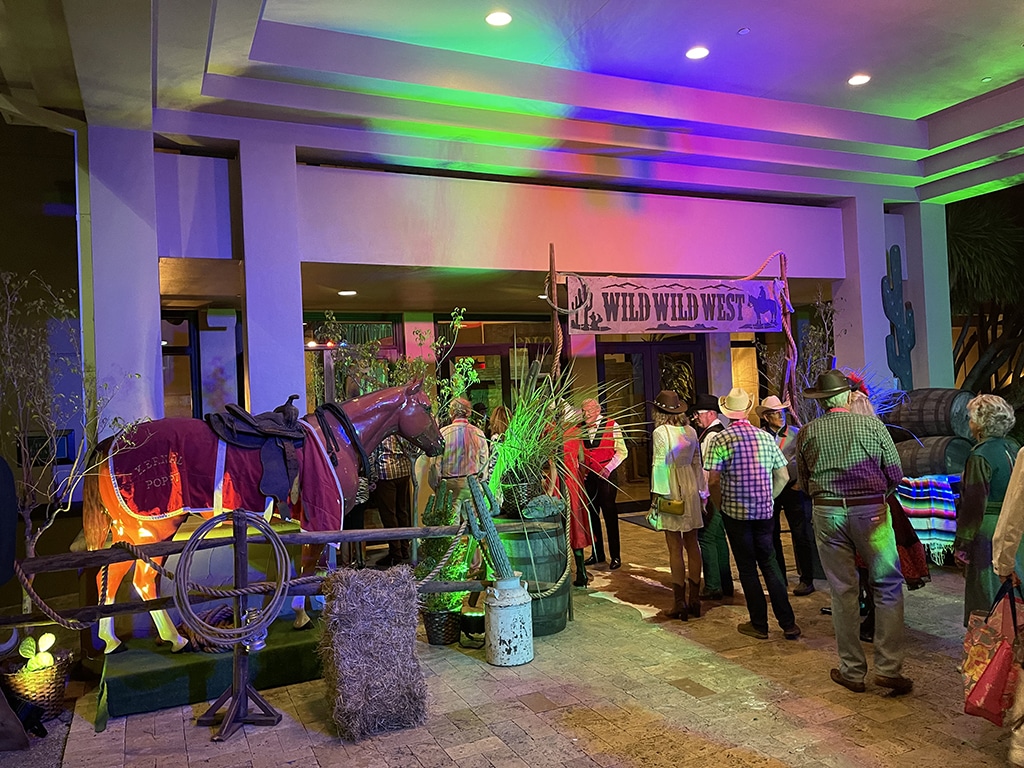 Back at Buccaneer Island at Ocean Reef Club, attendees gathered for an outdoor buffet lunch and another magnificent air show before donning their extravagant costumes for the Saturday night Wild West-themed gala. Cowboys and cowgirls, saloon girls and bartenders, and more kicked up their boots until the wee hours.

Ocean Reef Club is a 2,500-acre private, all-inclusive, resort-style community that provides a full-service marina, a private airport, championship golf courses, fine dining, and many more first-class amenities to its property owners and members. Its annual Vintage Weekend is one of its most popular events and one in which you can attend as a guest via the three-day package available through the membership department. oceanreef.com

Looking Back and Into The Future