MERGERS AND ACQUISITIONS are mandatory business school courses, however, a little thing called the Great Recession all but halted such talk in the marina industry. Suddenly, or so it seems, marinas are turning over like flapjacks the day before Lent, the latest three to sell—all on Florida’s Southwest Coast. Marina mergers are booming.

Calusa Island Marina in Marco Island is now part of the Safe Harbor Marinas group, a company with 64 properties nationwide, including eight marinas in Florida. Calusa is one of those rare marinas that caters to both sport yachts and a customer who wants to rent a small boat for exploring the mangroves of the Ten Thousand Islands. It has 115 permanent wet slips, covered rack storage for up to 420 vessels, open yard storage for big boats, and on-site Yamaha outboard technicians.

Earlier this year, Safe Harbor announced the acquisition of Burnt Store Marina in Punta Gorda and Cape Harbour Marina in Cape Coral. Also in the West Coast portfolio is Pineland Marina in Bokeelia, Bradenton Boat Club in Bradenton and Harborage Marina in St. Petersburg. Two marinas on the East Coast—Harbortown in Fort Pierce and Halifax Harbor in Daytona Beach—are operated by Safe Harbor, as well.

In less than four months, Safe Harbor was able to add an astonishing 28 marinas to its existing presence both on the eastern seaboard and in Florida, all because of the Calusa deal. The big numbers come in part thanks to the merger with the iconic Brewer Yacht Yard Group, a powerhouse in the Northeast. That junction, announced in January, included the addition of Jack Brewer and senior members of his team who now provide much of the day-to-day strategic operations.

Safe Harbor was formed in 2015 by American Infrastructure Funds through the acquisition of three marina portfolios and an experienced management company. Jason Hogg, senior vice president of investments, says Safe Harbor Marinas has noted that not only have boat sales recovered to pre-recession levels, but boat owners are again resuming longer cruising adventures. “Our goal is creating a world-class network of properties for our boaters to enjoy, and Calusa Island Marina blends nicely into our plans.”

Dallas-based Suntex is on track to double its marina holdings this year. Fresh off the purchase of Marina Jack in Sarasota, in April it bought the Loggerhead Marina Portfolio that comprises 11 properties in Florida—in all, 2,300 slips from Daytona Beach to St. Petersburg. Simultaneously, Suntex acquired State Dock Marina (below) on Lake Cumberland in Kentucky, the Capital of Houseboating, and took over management of 550-slip Laurel Marina in Bristol, Tennessee, located on South Holston Lake. Both acquisitions come on the heels of Anchor South Investments of Knoxville, Tennessee, becoming a wholly owned subsidiary of Suntex. With an infusion of cash, its eye is set on the Caribbean.

The other big player in this unprecedented accumulation is IGY Marinas, with a portfolio of 15 marinas in a more traditional yacht category. IGY has a large international presence and recently introduced its first South Florida location: One Island Park, on Miami Beach’s Terminal Island.

For cruisers, the network of marinas and accompanying app-based online reservation systems will add a degree of confidence and continuity. As the new owners replace the Mom-and-Pop ownership cycle, expect to see some additional spending on facility upgrades. 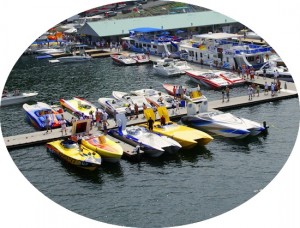 Keep it Clean with Litterbin

IGY Marinas, “Inspire Giving Through You” 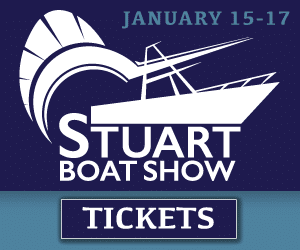 The NMMA announced today a landmark partnership with Informa Markets…

Top 5 Dive Sites It goes without saying that the…