Hi-Tech Your Boat for Fishing
Boost your electronics for better results on the bite. 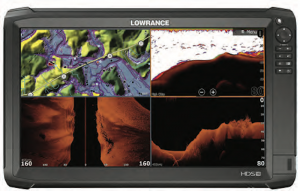 A world-leading brand in fishing electronics since 1957 and the longest-running sponsor of Bass Anglers Sportsman Society (B.A.S.S.), Lowrance now offers its HDS CarbonTM 16, a new high-performance fishfinder/chartplotter with a 16-inch screen—its largest yet. The high-definition screen on HDS Carbon 16 displays showcases the clarity, high resolution and superior target separation of SolarMAX™ HD technology, exclusive to the HDS Carbon series. Setting up a four-panel split on the HDS Carbon 16 gives anglers the equivalent of four 7-inch screens on a single display.

Anglers in the market for a do-it-all, integrated system need a processor that can smoothly drive high-tech features like StructureScan® 3D with SideScan and DownScan Imaging™, StructureMap™, Broadband Radar™, and SiriusXM® Weather Chart Overlay. HDS Carbon 16 delivers with a dual-core processor that allows anglers to switch between applications and simultaneously view independent sonar feeds.

With Live Network Sonar, HDS Carbon 16 gives anglers the capability to view and control two independent, live sonar sources at different locations—like the front and the back of the boat— from a single display. This powerful feature provides anglers with a comprehensive picture of underwater activity with convenient and complete control. 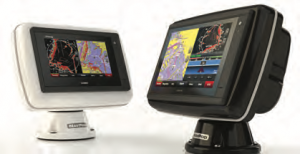 Owners of select Garmin products now have access to high-quality waterproof housings specially designed to protect their electronics. NavPod, manufacturer of housings for marine electronics, offers PowerPods that are compatible with the recently released Garmin GPSMAP® 722/742, 922/942, 1022/1042 and 1222/1242 chartplotters. The units are available in high-gloss white or the new Carbon Series and are ideal for any powerboat installation, including inland fishing and offshore powerboats. PowerPods are sturdy and safe, yet clean and attractive, and the secure mount protects fishfinder/chartplotters from harsh boating conditions. PowerPods feature a swivel base while also providing added security from theft.

“As chartplotters are released from top manufacturers of marine electronics,we continually expand our product line to accommodate the new models,” says Rob Walsh, president and owner of Ocean Equipment, known for its NavPod series. “PowerPods offer boat owners the security and convenience they need to ensure their investment is well taken care of for years to come.” 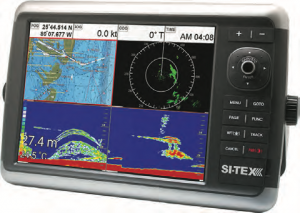 The design is easy to bracket or flush mount on any bridge, helm and console, and it’s backed by the company’s two-year warranty.