Fishing clichés have been around for many years, but are they backed by truth?

If you’ve been fishing for any length of time, you’ve undoubtedly received well-intentioned advice offered in the form of a simple saying like: “Big baits, big fish” or “Don’t touch the drag.”

While such phrases probably have some basis in fishing fact, sharp anglers realize there are exceptions to most rules and not all fishing advice is sage. With those thoughts in mind, we queried some top-level saltwater fishing pros with the intention of validating a selection of fishing clichés, or truisms. We’ll make no pretense to be the ultimate judge on any of the following quips, but we do hope they’ll spur a little discussion along the transom on your next fishing expedition.

“Of all the fishing truisms I’ve heard over the years, this is the one that has no exceptions,” says world-class fly fisherman Sandy Moret, of Florida Keys Outfitters (floridakeysoutfitters.com) in Islamorada, Florida. “It’s a no-brainer, yet people overlook the power of this simple advice time and again.”

Moret notes weather forecasts frequently miss the mark­—winds lie down unexpectedly and windows of fair skies present themselves between rain showers. The fish are there, regardless of the weather in most cases, he believes. The only way to know if they’ll chew is to give it a try.

“Bonefish, especially, love to bite on a falling barometer,” Moret says. “If you can get out and get home safely before seas rough up, you might enjoy some spectacular action.”

“Find the Bait, Find the Fish”

“This is a good saying to live by, but there are a few caveats,” says Capt. Gaige Simon, of Sand City Fishing Charters (sandcitycharter.com) on the north shore of Long Island, New York.

“It’s important to know what bait your target species prefers,” he explains. “False albacore tear into rain bait (sardines) while big stripers and gorilla blues pound adult bunker. Sand eels are a wild card that can light up everything from summer flounder to the biggest bass. Sea trout, redfish, and snook love pilchards.”

As a rule, if you can’t find the fish you want, look for their favorite baits. “Sooner or later, that’s where they’re going to show,” says Simon. 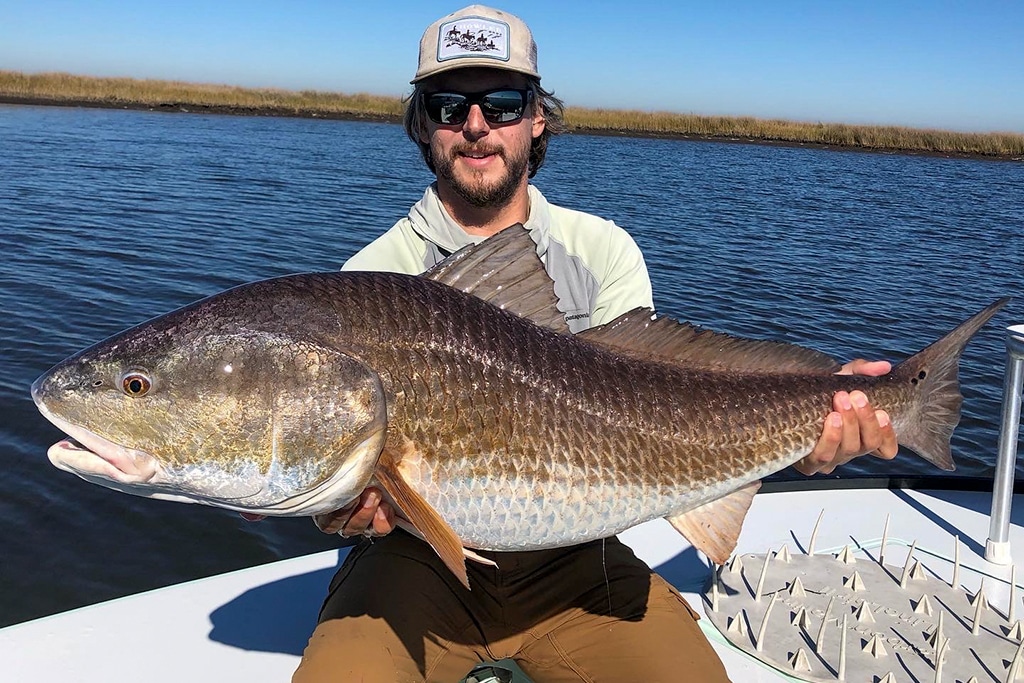 “Put a Mustache on That Fish!”

The Louisiana crew always seems to have a way with words and make no exception for fishing truisms. In this case, the logic is that the closer you can drop a fly or bait on redfish, the better the odds of hooking up.

“Anglers new to our area are often surprised we don’t target redfish from a distance like you might when stalking bonefish or permit on sandy flats,” says Capt. Michael Evans, of Fly Bayou Charters (flybayou.com) in New Orleans. “Instead, we usually spot the fish up close while poling in our marshes. That requires anglers to keep their heads on a swivel, react immediately, and get a cast right in front of their quarry on a moment’s notice.”

This saying might not work for the crystal-clear waters of the Everglades, but it certainly can make you king of the bayou if you take it to heart.

“Never Touch the Drag While Fighting a Fish”

We’ve heard this saying a lot over the years, but I think it applies more to novice anglers than the highly skilled. The logic behind this is that if you fumble with the drag while battling a big fish, you might accidentally over-tighten it, causing the line to break.

Certainly, that’s solid advice for beginners. It takes some experience to know precisely how much drag needs to be applied during the heat of battle. On the other hand, skilled anglers should have no trouble making small adjustments to slightly stiffen or loosen drag pressure as required. Of course, they’re also the ones most likely to start the day with a drag that is perfectly set.

The timing of arrival for various migrating fish species in selected areas is often matched to the blooming of local flowers. The Northeast spring blackfish bite coincides with blossoming forsythia, and the peak of the weakfish run often correlates with blooming lilacs.

“We have a saying on Florida’s west coast that ‘tarpon arrive right after the love bugs,’” says Capt. Tony DiLernia of Rocket Charters (rocketcharters.com), who sails out of Tampa, Florida, and New York City. Love bugs are a species of march fly that remain coupled for several days after mating.

“They usually show up around Tampa toward the end of April, and the saying is spot on,” he says. “About ten days after we first notice the bugs, the northward tarpon migration enters our waters.”

How sure is DiLernia that the love bug saying holds true? “I just saw my first pair earlier this week,” he says. “I was planning to be in New York next week. Now I’m trying to cut that trip short so I can get on those fish while they’re fresh.”

“I’m a believer in this one, especially in the spring,” says “Crazy” Alberto Knie, proprietor of Tactical Anglers (tacticalanglers.com), who has a reputation for drilling lunkers along the entire length of the East Coast.

“Big fish follow big baits looking to grab a substantial meal,” he explains. “Stripers follow adult menhaden schools closely when migrating north each spring. Big snook make short work of mullet around structure. Target those fish with large, nine-inch metal-lipped swimmers during ‘non-human’ hours and you’ll be amazed at what you can catch.”

Knie knows of what he speaks, having caught and released both stripers and snook measuring more than 50 inches. “Big baits and big lures clearly increase your chances of newsworthy encounters, especially on the midnight shift when they present a large, easy-to-see silhouette for monsters to crush.”

How big a lure or bait is too big? Well, the late Charlie Nappi, a fan of oversized baits who set the current IGFA world record for summer flounder at 22 pounds, 7 ounces in 1975, once told Knie he caught an 80-pound tuna and live-lined it behind his boat to the boisterous consternation of his crew.

“They all stopped laughing when a four hundred-pound mako grabbed that tuna by the tail,” he recalled with a chuckle.