9 out of 10 problems with diesel engines are the result of contaminated fuel. We’ll show you how to keep your fuel system in tip-top condition. 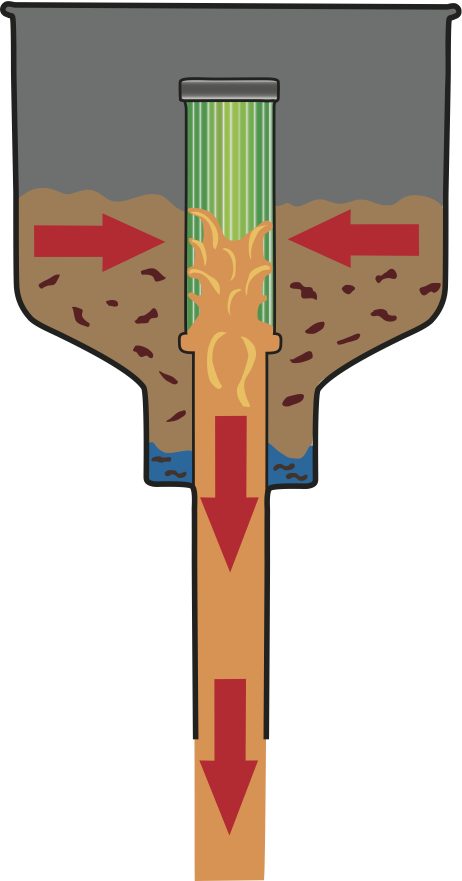 According to national repair statistics, 9 out of 10 problems associated with diesel engines will be the result of contaminated fuel. Here’s how to keep your fuel system in top condition and avoid becoming a statistic.

One of the major differences between gasoline and diesel engines is the way they use fuel. Gasoline is simply a fuel that’s burned to produce heat and power, but diesel fuel also acts as a lubricant, which is why it feels oily. Diesel engines also circulate more fuel than is needed to produce power. This extra fuel not only helps lubricate the engine but also carries away excess heat.

The key to keeping a diesel engine happy is clean fuel. The reason for all of this clean fuel hubbub has to do with your engine’s fuel injectors. These precision-tuned components deliver a precise, ultra-fine mist into the combustion chamber. They don’t like contaminants, and even microscopic specks of dirt or water can wreak havoc on the combustion process and your injectors.

Fuel filters are the first line of defense. A typical diesel fuel system contains a larger primary filter mounted on a bulkhead near the engine and a smaller secondary filter mounted on the engine itself. The primary filter does the lion’s share of fuel filtration, while the finer mesh secondary unit does the clean-up work by filtering out any microscopic particles of grit and water that make it past the primary. Many diesels will also have a second primary filter plumbed into their fuel system allowing you to change a clogged filter while keeping the engine running.

Primary filters should have a clear sediment bowl and allow you to visually check for water or sediment—part of your daily routine while cruising.

Fuel filters should be changed when dirty but prior to affecting engine performance. This can be accomplished by replacing filters at regular intervals—X number of hours or annually, for example. A more accurate way to monitor filter performance, however, is by installing a vacuum gauge at the primary filter. This provides a visual representation of fuel flow restriction through the primary filter or conversely, how hard it is for the engine to suck fuel through it. The higher the gauge pressure, the more clogged the filter is and the more pertinent the need for replacement. To help keep bad fuel from entering your tank in the first place, use a multi-stage fuel filter funnel when taking on clean fuel. Popular examples of these include the Racor Fuel Filter Funnel (ph.parker.com/us/en/fuel-filter-funnel) or “Mr. Funnel” (mrfunnel.com).

Even with your fancy new filter funnel and other such 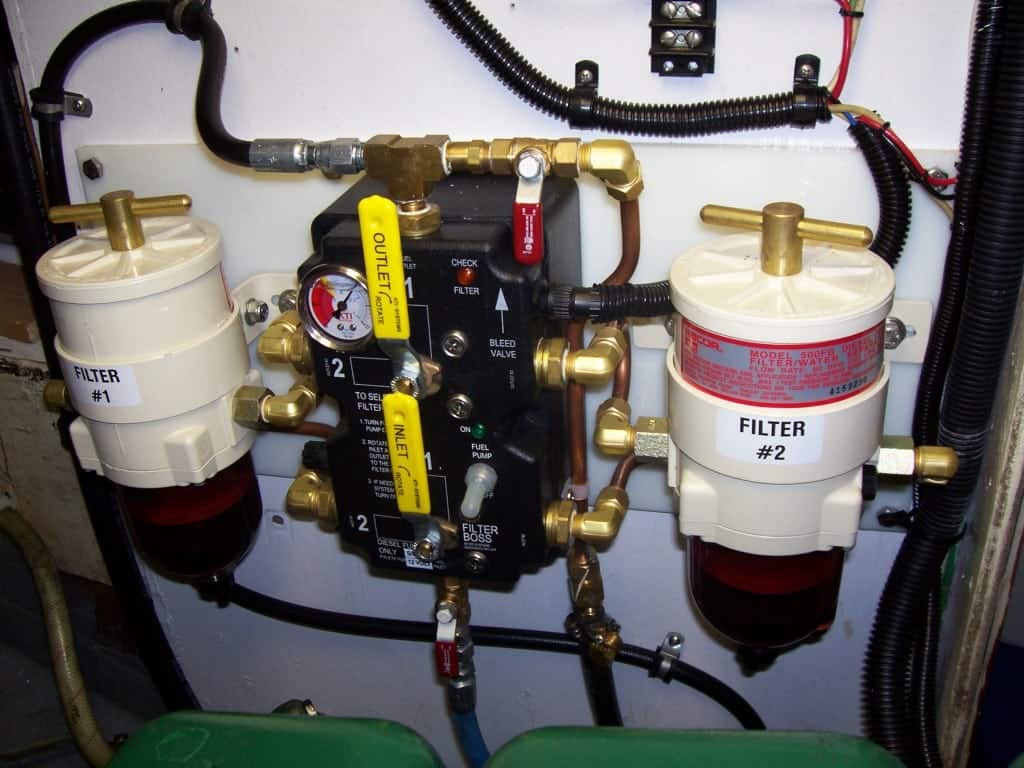 precautions, the best option is always to purchase the cleanest fuel possible. Choose marinas that have a high rate of clean fuel sales and thus, fuel turnover. One of the best marinas I’ve ever seen in this regard was located beside a major highway and also served as a truck stop. If you have any doubts about the cleanliness of the fuel down at the Rake ‘n’ Scrape Fritter Shack and Marina, pump some into a clean glass jar before fueling and let it sit a few minutes to see if any water and dirt settle to the bottom. If you see either, buy your fuel somewhere else.

But buying clean fuel is only half the battle. Two of your biggest enemies in the battle for clean fuel are water contamination once on board and during long-term storage. Diesels use pressure to generate combustion, and when water enters the engine it turns to steam, which has the potential to blow your injectors to pieces. Water also mixes with the sulfur in your fuel to create sulfuric acid, which can cause internal engine parts to corrode. 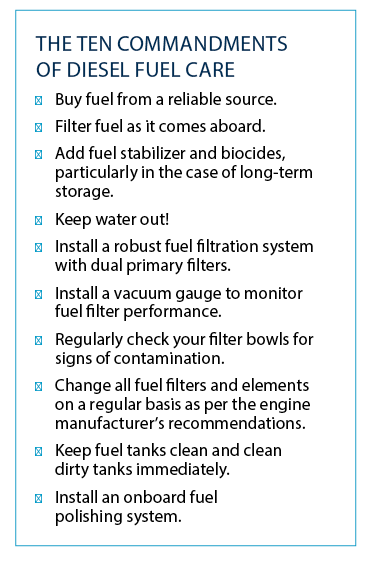 So how does water get into your fuel tank? One way is through the tank’s vent system. Unlike the closed fuel system in your car, a boat’s tank is vented. This open system lets moisture in where it can condense on the inside walls of your tank due to daily heating and cooling cycles. The more air you have in your tank, the more moisture and potential condensation. To combat this, the recommendation is to keep your fuel tank fully topped off (up to 95 percent), particularly during long-term storage. Another common point of entry is your fuel tank deck fill due to damaged or missing O-rings. Fuel fills located on side decks are especially vulnerable in this regard (particularly on sailboats) as they can ship a lot of water during rough passages, heavy rains or even during wash downs.

As water enters your fuel tank it eventually separates and settles to the bottom, a common problem with long-term stored fuel. That’s when it gets buggy. Microbes thrive in this water and their only goal in life is to eat and multiply. Sure, you can add biocides after the fact and kill them, but the problem lies in disposing of them afterward. In the case of dead microbes, they’ll lie in wait at the bottom of your tank until that first rough passage and then rise up zombie-like to clog filters and wreak vengeance on your fuel system or worse still, your engine. The best strategy (particularly for long-term storage) is to treat your clean fuel with stabilizers and biocides before a bug issue occurs, and prevent water from entering your tank in the first place. No water, no critters.

Baby, You're a Firework