Your vessel will benefit from digital switching.

Digital switching is one of the hottest trends in the boating world, and while typically associated with larger yachts, the technology is rapidly finding its way onto smaller crafts.

But what exactly is digital switching, and is it really the wave of the future? From planning a single project to rewiring an entire boat, digital switching will make the job easier. Here’s a primer to help you ride that technological wave, rather than be swamped by it.

While you may not be familiar with the marine use of digital switching, your car or truck has used some form of it for decades. Digital switching is a networked control and monitoring system that replaces conventional DC mechanical circuit breakers and switches with a digital power distribution/switching system operating on a NMEA 2000 network.

Unlike mechanical circuit breakers and switches, however, digital systems are programmable. This means users can control onboard electrical and electronic systems (lighting, security systems, bilge pumps, etc.) from any point in the NMEA network around the boat utilizing a network-connected multifunction display, smartphone or tablet. 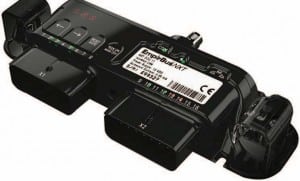 DIGITAL SWITCHING BENEFITS AT A GLANCE

Digital switching is also readily integrated with chartplotters and multifunction displays (MFDs) that are so popular on today’s boats. This enables you to monitor vessel systems (such as tank levels or battery capacity) via easy-to-read graphics, which can be displayed alongside traditional MFD systems, such as radar, depth, video, and chartplotter information. This integration also provides the advantage of calling up virtual buttons on multiple touchscreen MFDs, giving you the option of eliminating one or more switch panels altogether.

Another great feature is the ability to energize groups or series of switching operations with the press of a single touchscreen button. Through the wonders of programmable digital switching, you can now step on board and turn on all of the electrical systems and electronics you’ll need for a day of fishing or a week of cruising with one virtual button. Once back at the dock, that button can again be used to shut down multiple systems (no more running around to different circuit breaker panels) while leaving required systems in use.

Timer or Delayed Off functions can also be easily set. Want the lights to remain on for 20 minutes after leaving the boat? Or how about running the engine room fan for 30 minutes after shutting the motors down? Digital switching makes both easy and user-programmable. “Fade & Dimming” modes also allow you to control light intensity and fade in or out smoothly without the need for complex dimming circuits.

Just realized you forgot to turn the stereo system off or the bilge alarm system on after that two-hour drive from the marina? Couple digital switching with Wi-Fi, cellular or satellite communications (depending on the system), and do both from the comfort of home while resting in your favorite Barcalounger.

How Higgins won the War