This New Assisted Boat Docking System Will Have You Docking Like A Pro In No Time!

As a new captain on a 54-foot Huckins motor yacht who used to take tours across Lake Tahoe, I learned how to handle the shifting mountain winds, especially when they pushed the boat away from the dock. I was taught that “slow was pro” when maneuvering alongside the dock between boats, and there were those moments when a little speed was necessary against the wind to get close enough for a deckhand to toss over the dock line, but there were plenty of times with guests on board when I could have used Volvo Penta’s new Assisted Docking system.

Volvo Penta strives to make life on the water easier for boaters, and the Assisted Docking system succeeds in that goal. The new technology allows captains to compensate for wind and current, as well as maneuver in tight spaces, thus taking a lot of the stress out of docking and making the process easier and safer.

“The neat thing about the system and what makes it a game changer is it takes away the wind and current; you feel what’s going on right now,” says Andrew Sweet, Volvo Penta’s national diesel business development manager. “That wind and current affect you when you’re docking the boat; it moves the boat. But when you push that button for assisted docking, the system locks in place the heading and position….it sets a waypoint.” 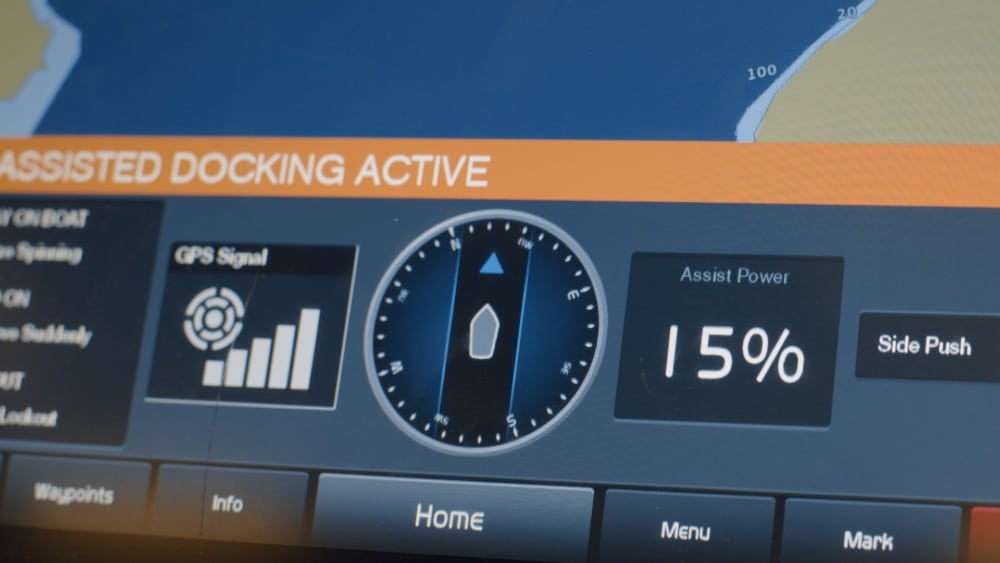 The Assisted Docking system consists of the joystick that controls the steering input and the GPS-based Dynamic Positioning System antenna. Volvo Penta improved the antenna with more receivers for more accurate GPS position readings to set the boat’s exact position and heading. The captain lets the system know which direction the boat should head and at what speed by maneuvering the joystick.

“When you’re maneuvering using the joystick, you’re working in conjunction with the system,” explains Sweet. “When you push that GPS button, the system basically sets a lane fore and aft and side to side. Now when you move the joystick, and you say I want to go back, the system knows the lane that it wants to be in. So if the wind and current start moving the boat, the GPS, through the software, says, ‘Okay, we’ve got to get back,’ so it takes your input and then it adds its input to put you back on course. The system is sensitive enough that you only move a little bit.”

The system does this by calculating drive angles and thrust, then acts on the drift and moves the boat back to its intended course. The boat docking system keeps this course by constantly fine-tuning the steering angles and thrust.

The main features of the boat docking system are moving in straight lines without manual compensation, standing still, slow maneuvering functionality, rotating around a fixed point, micro-repositioning and alignment, and side push for sideways docking.

“Assisted Docking is a hybrid between automated docking and manual docking,” says Ida Sparrefors, director of autonomous solutions and new business models at Volvo Penta. “Even though, in some ways, it would have been easier to implement full automation, the beauty of this system is that it gives the captain enhanced control. With our team of experts, from software developers to test drivers, we have made it behave intuitively in all situations so that anyone can feel like a seasoned captain.” 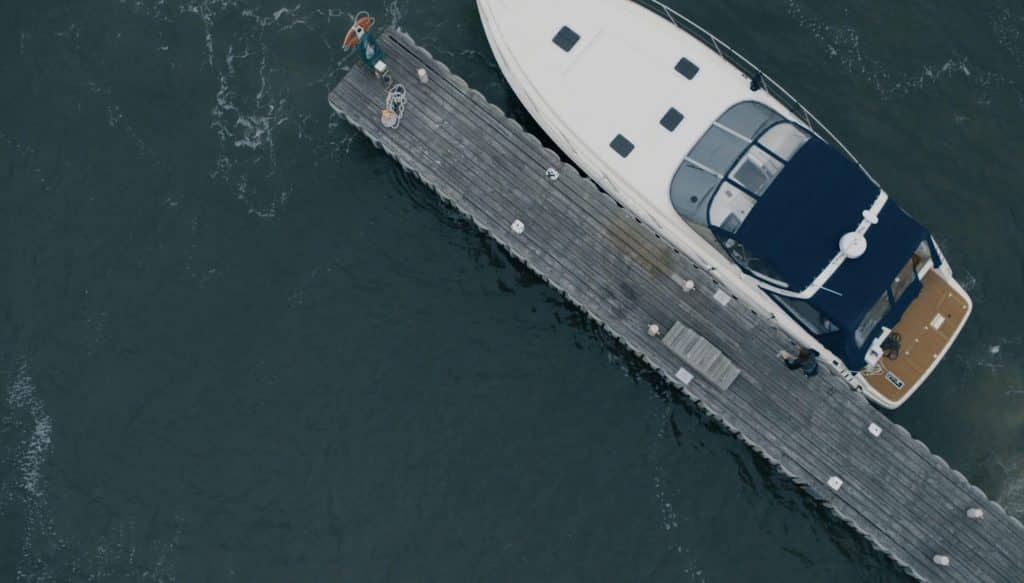 During the testing, Volvo Penta found that people used to working with the joystick without the assisted docking system wanted to use a lot of throttle to get in fast and then realign. “With assisted docking, it seems to work better if you’re slower, not as aggressive because the system is compensating for you,” says Sweet. “You don’t have to force the boat in the slip. Let it come back slowly, it’s nice and smooth, you don’t have to worry about the momentum of the boat because the system is taking that wind and current away. …The problem with fast is you have the momentum of the boat, and that’s fine if you want to compensate for slowing it down because what we found is for the folks that were still doing it the old-fashioned way with a lot of throttle, you get the momentum of the boat going, but when you let go of the joystick, the system wants to set the waypoint. So now the momentum is carrying the boat past the waypoint and the system says, ‘Oh, we have to come back,’ and now you have, say full forward going the other way, so the boat gets rocking; whereas, you come back slow, you don’t have all that. You let go of the joystick and it just stops.” Slow is pro. 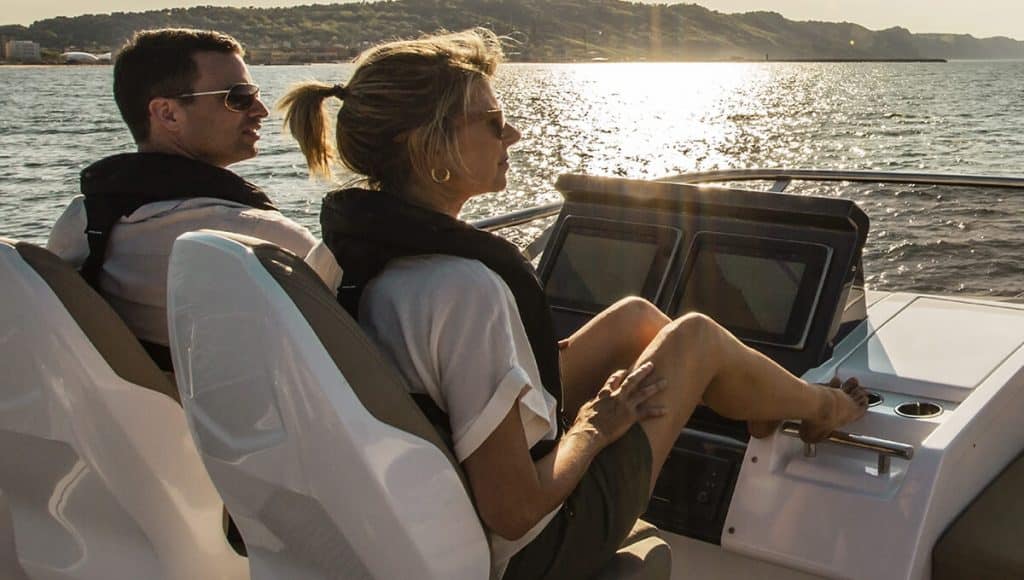 The Assisted Docking system is available for new installations, as an upgradeable option for Volvo Penta IPS-equipped yachts from 35 feet to 120 feet long and as a retrofit for existing IPS-powered boats with a software upgrade and new antenna. volvopenta.com