The aggressive lionfish significantly threatens Florida’s native wildlife and habitat. The Florida Fish and Wildlife Conservation Commission (FWC) held a Lionfish Summit in 2013 to catalyze the necessary changes for reduction and easy removal of lionfish, and to develop markets for them. The commission launched the free app “Report Florida Lionfish” with educational information, safe handling guidelines and a data-reporting form for public lionfish spotters and harvesters. App users can also share their photos of lionfish in Florida waters. Those without smart devices may submit reports at myfwc.com/fishing/saltwater/recreational/lionfish.

Miami Megayacht Marina will provide much-needed slips for 200-foot megayachts on the Miami River next summer. This 14-slip facility replaces an existing well-worn marina. Each covered slip comes with sheltered parking for three vehicles, indoor storage and quarters for captain and crew (unique in the U.S.). Covered tender storage, an owner’s vault and additional flexible space are also included. Marina amenities include a clubhouse with a coffee shop, internet, dining area, spa, exercise room, media room, and swimming pool. Marine-related businesses are onsite. Dredging and a new seawall are planned. The Miami Megayacht Marina is expected to revitalize the area and its economy.

New Smyrna Beach, Florida, was the final destination for 67-year-old kayaker Alexander “Olek” Doba. He paddled solo more than 6,000 miles from Portugal over the course of 195 days. After leaving Lisbon last October he encountered storms, mechanical problems, a challenging Gulf Stream, and winds that blew him off course. In April, Doba and his 21-foot kayak was escorted into a New Smyrna Beach harbor by 15 local kayakers. When he kissed Florida’s sandy soil his admirers on shore called him a “tough guy.”

ICW drawbridges in Daytona Beach’s Volusia County and other ICW locales will vanish in future years due to expensive bridge maintenance with custom-made parts and tender costs as much as $400,000 per year. A high-rise bridge replacing a Volusia County drawbridge next year will cost $43 million with mostly federal funds. Although expensive to build, high-rise bridges’ annual costs are less. ICW cruisers will still have to wait for bridge openings since fundraising for new bridges takes time.

S.E. Seaboard boat drivers of certain ages will now be required to take classes on safe boat handling. States’ age requirements are North Carolina, under 26; South Carolina, under 16 if operating a boat with 15 horsepower or more; Georgia, born on or after January 1, 1998; Florida, born on or after January 1, 1988, if the boat has 10 horsepower or more.

Craftsmen in Texas Revive the Art of Boatbuilding 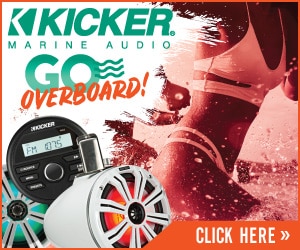 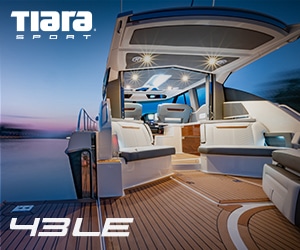 A Day on the Water – Bertram 50 Express

A Day on the Water All aboard the The Bertram…

Mercury Marine Debuts V12 600hp Outboard At an event at…

All Aboard the Luxury Express Is the Tiara 43 LE…