Marketgauge
1 month ago
by Brandon Ferris
0

When it comes to the stock market, October is often referred to as the “cruelest month of the year”.  For 2022 not so much.  In fact, it was the second-best performing month of the year so far.  But given very few positive months that may not be saying much.

In late September, an overwhelming number of investors had a bleak view near term future.

This was illustrated in recent Market Outlooks where we reported about the tremendous amount of put buying, and defensive insurance placed on portfolios by sophisticated investors.  So far, they have been wrong. 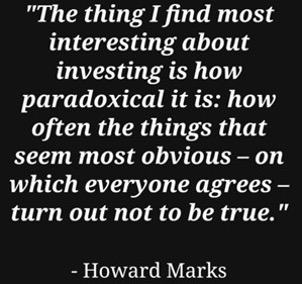 In just 30 days (since September 30-month end) the major market segments have had a huge rally.  For example, and in order of performance:

Looking closer at some of the big winners this past month, it might surprise you that IT WAS NOT the growthier stocks, but instead those that are in the value camp that performed well.  Here is a list of some of the biggest winners during the month of October: 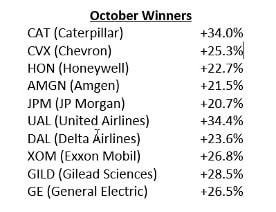 Interesting to note that other than a few of the energy names listed above, most of these stocks are still down for the year and several are still down quite a bit.  More importantly, value stocks have been fueling a big part of this rally.  As noted above, besides the mega cap value stocks in the DIA, it has also been about small cap stocks (IWM).

As a comparison, for the month of October, we looked at the proxies for Value and Growth that we like to monitor, VTV (Value) and VUG (Growth).  VTV was up 12.2% and VUG was only up 5.2%.  Value may be on a tear and to demonstrate that value can and does come back in favor in a big way (especially after a bear market), we offer the following graph to highlight the last period (2000 to 2006) that Value outperformed Growth.  Coincidentally, during this period small cap stocks (Russell 2000 index) outperformed large cap (S&P 500).  This lasted for more than a half of a decade.  And, that was during and after a significant technology bear market, similar to what we are experiencing in 2022. 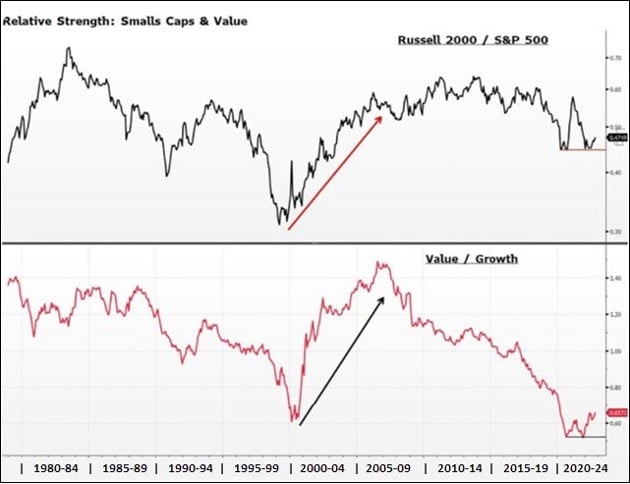 Even though it was a good month, it was not so for several of the largest technology titans that take up huge weightings in the QQQ (Nasdaq 100), the S&P 500 and even the Dow Jones Industrial Index.

Amazon’s Founder and Chairman, Jeff Bezos, commented further this week by offering sage advice saying “batten down the hatches”, as he believes, as do 90% of corporate CEOs do as well, that we are heading for a severe recession.  More on that shortly.

The problem of course with the largest technology companies is inherently in arithmetic.  With valuations in most cases exceeding $1 trillion (Tesla may be the exception), in order to sustain growth rates that are favorable for Wall Street, these companies have to constantly innovate and grow revenue (and earnings) at alarming rates.  As labor costs rise (including benefits which may be rising faster than wage costs), these technology titans begin to see contracting margins.  Couple this with higher fixed operating costs (energy, rent and taxes) and earnings are impacted.

Another significant problem for most of these companies (shown below) is that over 50% of their business is overseas.  With a strong dollar that has been rising in value (against foreign currencies) this has been a strong headwind on currency conversion and has cost these multinational companies dearly.

Many of these tech giants have started taking important steps to cut their workforce in anticipation of further economic erosion in the coming months.  Microsoft, for example recently announced layoffs across multiple divisions.

Check out the fall in their stock values in these 7 companies over the past 1 year through Friday morning: (Note that the collective loss in these companies on Thursday alone was over $500 billion).