Is The Market on Better Footing Now?

How To Invest (and Win) In This Bearish Environment

Hello Gaugers. We hope that you had a joyful, relaxing, and nourishing Thanksgiving. During our “grateful” round the table session, I thought about how grateful I was just to enjoy a delicious meal with my family. Unfortunately, many people were not so lucky.

This year, according to a poll by PersonalCapital.com, only 74 percent of Americans were expected to celebrate Thanksgiving because 1 in 4 Americans are skipping the holiday to save money…

In 2021, researchers noted that an IPSOS survey found that nine in 10 Americans planned to celebrate Thanksgiving. This year, the new poll of 1,000 people found that the number has fallen to just 74 percent. In fact, 47 percent say they are celebrating “Friendsgiving” because of its more budget-friendly menu. Specifically, just 24 percent of Friendsgiving celebrations will have a turkey on the table, with 33 percent opting for a pizza instead!

Notice the dramatic rise in the cost of Thanksgiving over the past few years: 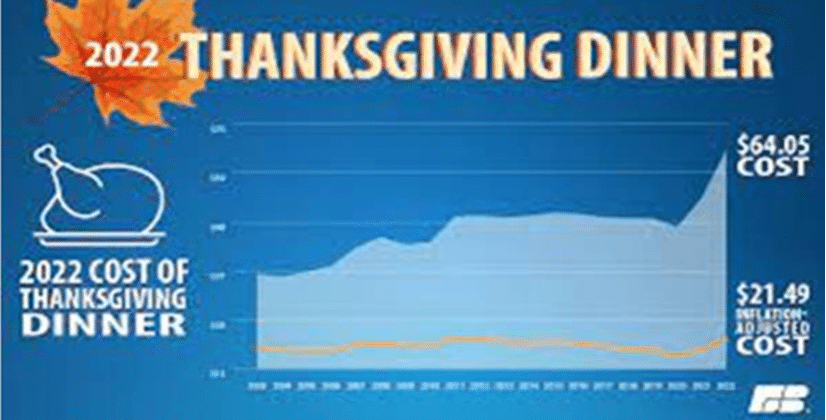 What a difference a few weeks makes!!!

After a brutal September, the stock and bond markets have been positive during most of October and November. So are we in a new bull market?

As we have mentioned in the past few Market Outlooks, the stock market has performed positively due to a weaker US dollar and lower interest rates.

Many of you are also aware that one of our investment strategies moved into TLT (20-year bonds) a couple of weeks ago. 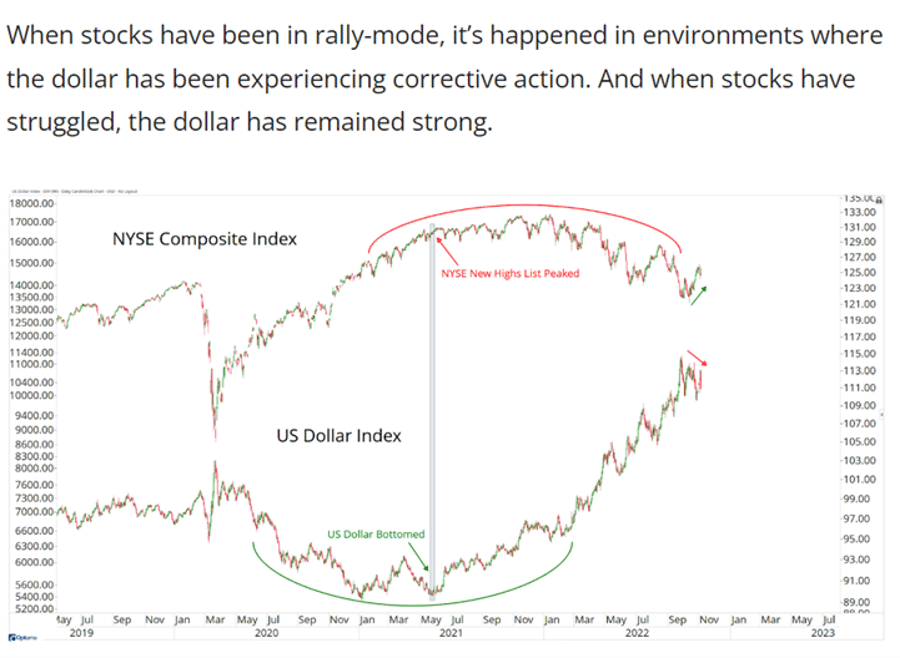 We have had a substantial rally, especially in the longer end of the yield curve. Specifically, it has been profitable for our subscribers to be invested in the TLT ETF.

After bottoming in late October at around 92, TLT closed at over 102 Friday. That is approximately a 10% return in the 20-year Treasury bonds in less than a month. Clearly, this has been providing a good tailwind for stocks that have rallied along with bonds.   See the chart below: 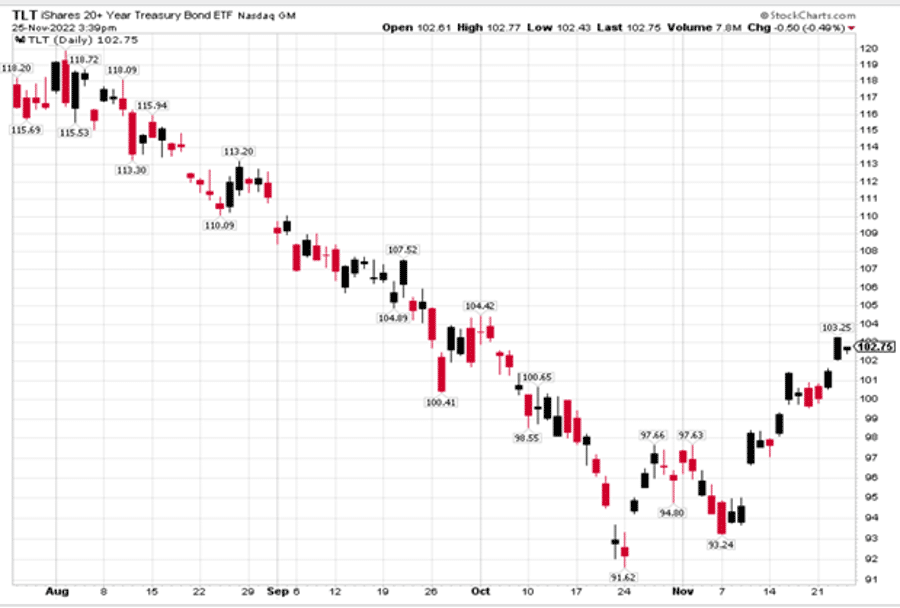 However, we are not as optimistic that interest rates will stay in “rally” mode and that the decline in rates will continue. With 2-year interest rates hovering in the mid 4.5% range and 10-year bonds around 3.8%, the inverted yield curve that began in early summer continues. Most economists on Wall Street interpret this as suggestive that we will see a recession in 2023. How badly this economic downturn is anyone’s guess.

Additionally, with the Fed expected to continue raising rates, it is highly likely that the Fed’s overnight lending rate will creep up to 5.0% (or higher) in early 2023. Eventually, the severe inversion will close its gap, and longer-term interest rates could be “pulled” back above 4%.

On Friday, Goldman Sachs economists suggested that 10-year rates will stay in the 4% range for all of 2023.

Click thru to read more about the positives that exist for stocks right now, how to take advantage by using MarketGauge’s blends and the one chart that sums up 2022.